The three Antiquity papers behind the heroic bluestone myth 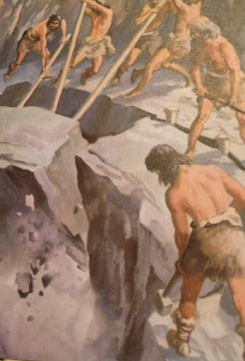 And yet the same journal had already published "The myth of long-distance megalith transport" by Thorpe & Williams-Thorpe. Is this article ever referred to in the three you talk about?

Strange, isn't it? Different time, different editor. This particular article is one of those that the MPP team chooses to ignore -- it 's far too inconvenient. The only times that they choose to cite the work of the OU team around 1991 are in the context of James Scourse's hatchet job on Geoff Kellaway, in which he professed to having dealt with the glacial transport idea once and for all.......

Your twist in the narrative: number 5, please explain how MPP and his cohorts justify their claim for " a great oak tree at the...centre..of the Waun Mawn circle, with an associated hearth" is justified.