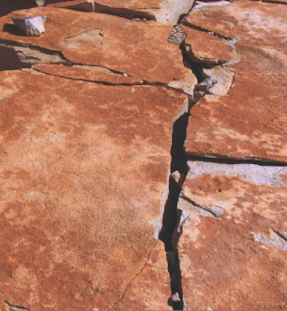 There has been some discussion on social media recently about "rock wedges" -- following the article by Mike Parker Pearson and colleagues about the so-called "wedges" found in rock fractures at Craig Rhosyfelin.

https://doi.org/10.1016/j.jasrep.2022.103697
Those who follow this blog will appreciate that I was not very impressed by the paper itself or by any of the evidence presented in support of the quarrying hypothesis.
There was a similarly lukewarm reception given (especially by quarrymen and rock mechanics experts) a few years ago when Parker Pearson and the team suggested that shale wedges had been used at the so-called "bluestone monolith quarry" at Carn Goedog.
https://brian-mountainman.blogspot.com/2018/08/more-from-megalithic-quarrymen-3.html 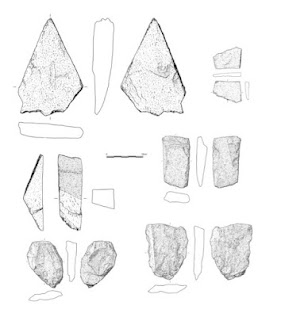 Rock mechanics is a huge subject, and if you dig into it a little you will discover that fractures in which the void is more than 10 cms across are extremely common, and that almost always the fractures will contain debris.  That may be fine debris (silt, sand and clay) blown or washed into them, or shattered fragments of the parent rock, or -- in glacial and periglacial environments -- stones, cobbles and shards of different rock types derived from denuding till, fluvioglacial sediments or slope breccia.  Nobody should be surprised by the presence of any of these materials in cracks or fissures in any of the bedrock exposures in the British Isles.......... 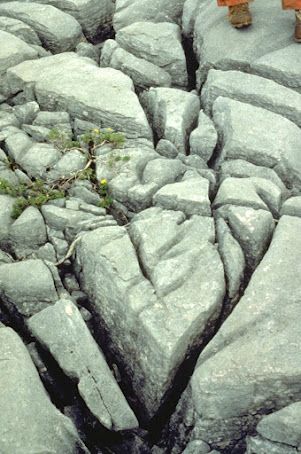 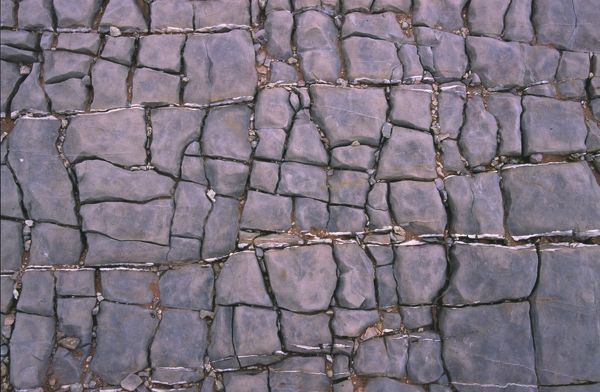 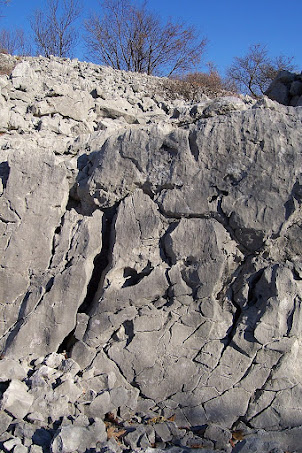 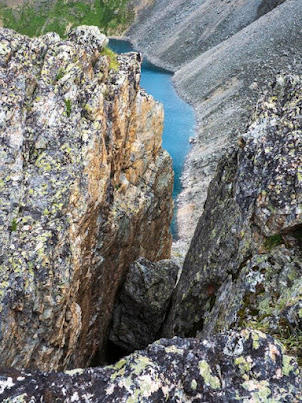 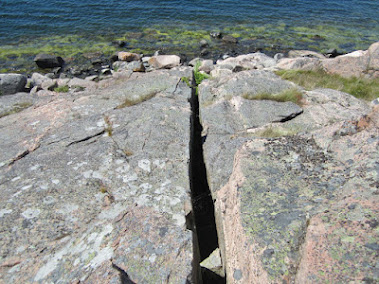 So if anybody wants to convince me that a lump of rock found in a crack or fissure anywhere in Pembrokeshire, either in bedrock or in broken rock debris, involves human beings using bits of stone as "rock splitting" implements, they need to come up with some pretty powerful evidence. The evidence I have seen thus far, in support of such claims, is very thin indeed.
I can accept that flattish stones were collected for use in cromlechs and other stone settings, but so abundant are such stones in the natural rock litter across the landscape that I can see no necessity for quarrying or splitting off slabs or pillars from natural rock outcrops.  For removing slabs that were already split off from adjacent rock outcrops by frost shattering or pressure release, long timber levers would have been the obvious implements to use, maybe with packing stones thrown into the crevice to stop it from closing again when the lever is removed.  I have used precisely that method myself, many times.........
But the use of wedges as envisaged by Parker Pearson and his team -- with lumps of rock in narrow cracks being hit with hand-held hammer stones or antler tools strikes me as rather silly, making a reasonably straightforward task infinitely more difficult.  "Ah yes," they will probably say.  "That was the whole point. The target stone itself was not important, but the act of removing it was invested with symbolism and duty, as an act of reverence for the ancestors.  So they WANTED to make the removal of these stones as difficult as possible."
Excuse me while I go out and think some beautiful thoughts in the garden.......
Posted by BRIAN JOHN at 12:34