So it's Goodbye to English Heritage 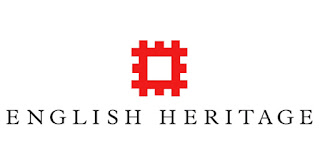 So here we go -- in the latest of the Government's cost-cutting exercises, EH is to be done away with in 2015.  There is a lot of guff about increased spending and support in the press release, but the bottom line is that EH has to turn itself into a charity, and become self-financing -- and fast.

What will be the impact on Stonehenge and the other properties looked after by EH?  Difficult to say -- except that charities are having a very rough time just now, and a big new one like EH will really have to struggle for funds in a market place where there is less and less money available.
Posted by BRIAN JOHN at 18:22 4 comments: 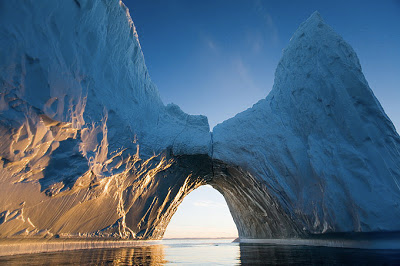 I found this the other day, posted by a nut case who was kayaking in one of the East Greenland fjords, and who actually paddled through the arch in spite of the fact that it could have collapsed at any moment.  Some people are utterly mad.  Mind you, I kayaked up a section of Nordvest Fjord back in 1962, negotiating a way through vast expanses of sharp-edged brash ice fragments -- in a wood-framed canvas canoe.  Come to think of it, that was pretty mad too.......
Posted by BRIAN JOHN at 15:17 1 comment:

A Long History of Rhosyfelin 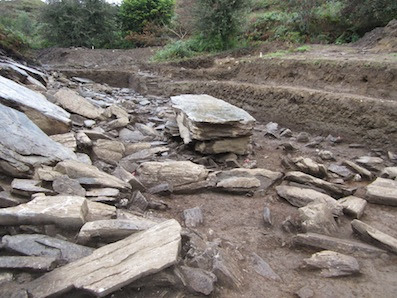 Since there is still effectively an information blackout on the results of the 2011 and 2012 digs at Craig Rhosyfelin, I have put together some thoughts on the basis of my own observations and photos, and on the basis of what was described by MPP and others during the two lectures in Sept 2011 and Sept 2012.

The document is too long to place on this blog, so I have dropped it into Scribd, where it can be consulted here:

I'm not trying to steal anybody's thunder here, but I am not alone in thinking it rather strange that not even the standard site reports from the two seasons have been made public, given that we -- the great British public -- have substantially contributed to the research work. And yet some pretty dramatic claims have been made with relation to this dig, without any peer review or independent assessment.  That does not inspire confidence.  So here is my take on what we see at the site.

This is offered not in a spirit of confrontation or controversy, but as a contribution to the debate.  I will be very happy for it to be read by all those who have dug at Rhosyfelin in the past, and by all those who may be involved in the 2013 dig as well.  Please print it off or reproduce as you wish.  If anybody has any evidence to bring to our attention, let's hear about it -- or preferably see it.  Then we can have a serious and well-informed debate.  As I imply on the document, what we have at the moment is a lot of portentious fantasising, and not many facts........
Posted by BRIAN JOHN at 12:11 11 comments:

Friends, are we now almost back to normal?  I have just had broadband connected, and although it's rather slow, I can pick up comments by going to the blog site itself -- no Email notifications......

Sorry if anybody has sent comments and messages over the last 2 weeks -- I'm abroad just now, and am having Email - broadband problems!  So comments are not reaching my laptop computer -- will have broadband installed next week, and I hope things will be resolved then.  So rest assured that nobody is being censored or discouraged from contributing.  Please be patient.....
Posted by BRIAN JOHN at 21:16 5 comments:

Alice and the Ice Age 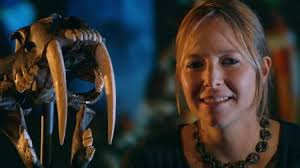 Having watched part of the final episode of "Ice Age Giants" (I failed to see the final part of it -- maybe I just nodded off) I have to say that my attention was diverted from Alice's vowels to another matter -- the gradual slowing down of the whole programme to the point where it became about as moribund as a mastodon or a woolly mammoth...... Alice's commentary became slower and slower, to the point where it became a source of such fascination that I really don't recall what much of the programme was actually about.  Having thought about it, I reckon that there just wasn't enough material in the series to fill three programmes, so Alice was instructed by the Director to stretch out her phrases and hope that nobody would actually notice.  Or maybe she was just tired, after all that plodding about in deep snow pretending to be a woolly rhinoceros, or climbing up vertical rock faces to show us that she was capable of climbing up vertical rock faces for reasons that were not immediately apparent.  Very sad about the funereal pace of the whole thing -- because some of the material in  the programmes was actually quite interesting.
Posted by BRIAN JOHN at 18:05 29 comments: