Archaeology and the "feel-good factor" 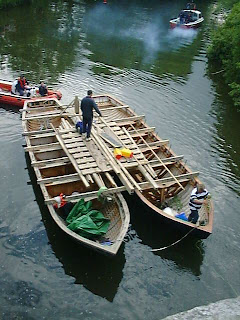 A few months ago I spoke to the archaeologist and antiquarian Stephen Briggs about the idea (which I explore in the book) that sometimes an archaeological idea can be used for the promotion of the national interest. We only have to look at the manner in which the pyramids, the Easter Island heads, Angkor Wat, and the Great Wall of China are promoted as national icons or as symbols of great and ancient civilizations. Stonehenge is no different -- as journalist David Keys has pointed out in assorted newspaper articles. Stephen confirmed for me that after the First World War there was a strong emphasis -- during the rebuilding of a battered world -- on the triumph of civilization over the forces of darkness, and on the civilizing influence of the British Empire. Archaeologists and politicians were interested in flagging up the great achievements of our ancestors -- and when HH Thomas came up with his story of the great stone-hauling expeditions this was like manna from heaven! The media loved it, and I actually think that the lack of critical analysis and criticism from other academics was largely down to the fact they they thought any criticism would have been UNPATRIOTIC. There was also, says Stephen, an attempt to show that the Neolithic tribes of Britain were actually cleverer than the Neolithic tribes of Germany -- the defeated enemy. German archaeologists were, at the time, discovering that most of their megalithic monuments were built of stones collected from the immediate vicinity; what better way to show the "superiority" of British Neolithic tribes than to show that they were capable of collecting their stones from vast distances away? So the Stonehenge story was born -- as a way of flagging up to the world that the inhabitants of this small island were incredibly clever, at a time when others were still brutes who were incapable of organizing great civil engineering projects. "Anything you can do, we can do better!" This all sounds too crazy to be true? Indeed -- but you'd better believe it, since it's quite well authenticated.
Posted by BRIAN JOHN at 13:18 No comments: 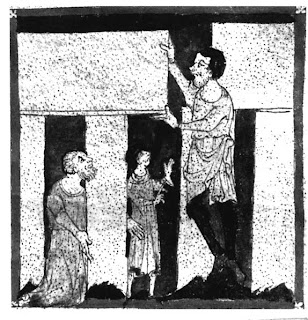 I picked up a comment on one of the discussion sites from somebody who argued that archaeologists are no worse than any other academics in their refusal to accept radical new ideas or dissent. Maybe that's true. But archaeology does seem to have strayed into fairytale territory, with a lot of emphasis placed on wacky tales -- not, maybe, about giants and fairies, but about healing springs and massive civil engineering projects involving rafts and rollers. And since the days of Richard Atkinson (a man who liked to form opinion, and who was quite intolerant of opinions he did not agree with) there has been quite a tradition of shooting the messenger when somebody comes along with an inconvenient story. So Geoff Kellaway, Olwen Williams-Thorpe, Stephen Briggs, and Aubrey Burl have all had to put up with vilification -- just because they upset the establishment. I blame the media to some degree for this intolerance and intransigence -- once TV producers get their hands on the likes of Profs Darvill and Wainwright, they encourage them to be as wild and wacky as possible, simply in order to make good television. To hell with the truth, and to hell with good science. And when they say things to camera, with qualifications, I wouldn't mind betting that the qualifications end up on the cutting floor.
Posted by BRIAN JOHN at 14:42 No comments:

Why is the establishment stuck in a trench?

I promised a while ago to look at the reasons for the huge reluctance of the "archaeology establishment" (senior academics, editors, key figures in societies etc) to even consider the possibility that they might be wrong about the "human transport" of very large stones over very large distances prior to them being placed in that ancient monument. Well, there is a lot of personal pride involved here -- certain people think that their reputations would suffer if their pet theories should be found wanting. So this is to do with the self-esteem of fragile personalities. This may sound a bit harsh -- since we as scientists are supposed (according to the precepts of Karl Popper) to welcome falsification and to seek to find the defects in theories so as to replace them with better theories. But people do, sadly, get so attached to their theories that they cannot contemplate ever seeing them replaced. So working hypotheses get turned into ruling hypotheses. Is this more prevalent in archaeology than in other subjects? I'm not an archaeologist, and so I wouldn't know -- but looking in from the outside, I must say that I am disturbed by an apparent obsession with PR and with "wacky stories" at the expense of sound science. The "healing stones" fairytale put out by Profs Wainwright and Darvill is a classic example. As far as I can see, there is not a shred of evidence to support it -- just a lot of wishful thinking, dressed up as science by TV producers and newspaper editors and journalists. More to come....
Posted by BRIAN JOHN at 21:22 No comments:

Been checking on some of the Stonehenge / Megalithic / Archaeology sites to see what has been going on over the last few months. There's a huge amount of debate about "The Bluestone Enigma" on the megalithic sites, much of it incredibly repetitive, about ways and means of moving bluestones over large distances. One wonders how much human brain power has been wasted on the matter of stone moving mechanics over the past few years...... Many of the comments relating to the glacial transport theory come from people who haven't read the book, and who appear determined not to do so. That's interesting in itself, since there are many contributors on these sites who HAVE read the book and who encourage others to go out and get it, either from a bookshop or from a library. It appears that some are determined NOT to read it -- maybe because they fear that it might slaughter some of their sacred cows? One point, out of hundreds discussed, was from a guy who was mortally offended that there has been some "hype" surrounding the book. He said that hype / PR puts him off, and causes him to mistrust things rather than approach them with an open mind. I can see his point. But in my defence I will say that without publicity (and a degree of "hype") no new book stands a cat in hells's chance of being noticed, let alone taken seriously. Some of the hype is my own -- through press releases etc -- and others is hype over which I have no control. Newspapers and magazines put their own headlines on things, and spin press releases as they wish -- I have no control over any of that. The problem of "getting noticed" is even more severe in the case of Stonehenge -- since the agenda is controlled by a number of very senior archaeologists who are seriously into fairy tales and who know all about belittling and blocking those who say things that they find uncomfortable......... so if I am ever to recoup the investment that has gone into this book, I HAVE to publicise it, and risk upsetting those in the megalithic community who hate hype!
Posted by BRIAN JOHN at 11:05 No comments:

Just back from a couple of months in Sweden. Had a wonderful time, and even managed to write another novel...

On the Stonehenge front, the "Bluestone Enigma" Book is selling well at Stonehenge, and after my initial delivery of stock I have now had an order for a top-up supply.

There are more or more signs of widespread erratics in the Stonehenge area -- and when the reports from some of the recent excavations are published, all will be revealed. This of course confirms the conclusions in the book. Watch this space.
Posted by BRIAN JOHN at 09:12 No comments: