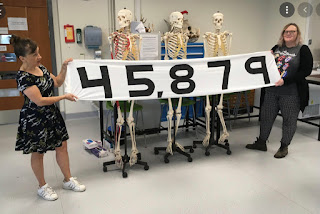 According to media coverage, the closure of the Sheffield  Univ Archaeology Dept has been confirmed.  It seems to have been very badly handled by the university, but nonetheless (and in spite of a huge petition of protest) the Dept appears to have had only ten offers to undergraduates for the next academic year — and there is no way that a full-blown university department can afford to stay open in the face of such student apathy.

Plenty of other “famous” university departments have closed over the years, and the archaeology world cannot really claim that there was anything exceptional or uniquely valuable about Sheffield Archaeology — in spite of the fact that our friend MPP was once on the staff.

We can link this with my last post, and ask whether archaeology really knows what it is or where it is going.  It’s sure as eggs not a scientific discipline, and I’m not sure whether it is a humanity either.  With its apparent disregard for the value of hard evidence it looks more and more like a story-telling subject — and modern undergraduates want more, I suspect, than myths and bedtime stories. 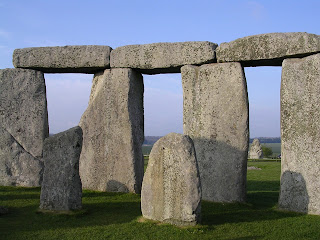 There is an interesting editorial from the editors of the Archaeological Journal,  on the matter of interpretative inflation, as described by Gordon Barclay and Kenny Brophy and as attacked with much venom by Madgwick and his colleagues involved in the Stonehenge and Durrington isotope analyses.

The editors make several interesting points, including this one:

Criticism of our work is never easy to read but is a necessary part of being a researcher and academic, and this debate has certainly made me reflect on the research process and how we interact with the media. We hope that this debate gives readers of the journal something to think about, not only for our understanding of the Neolithic of Britain, but the wider influence that archaeology can have in society.
I hope that point is read and understood by MPP, Rob Ixer and Richard Bevins, who refuse steadfastly to accept criticism or even to accept that it exists in the peer-reviewed literature.  Because they exist in a state of denial, they deserve little respect from the academic community.
Another very interesting feature of the article is that the Editors seem to think that the “spin” put on archaeological research by the media is the responsibility of the media alone — with researchers and article authors absolved of any involvement in the process, let alone any blame.  That is disingenuous in the extreme — indeed it is complete nonsense.  The authors of journal articles MUST take full responsibility for how they are represented in the media — they after all are the ones who write the abstracts, and who sign off the press releases.
So get real, editors — rubbish in rubbish out. Archaeologists are not as innocent as you make out.   It’s about time that academic archaeologistrs — and their geologist colleagues — started to take their academic duties and responsibilities seriously by presenting hard evidence (and admitting to controversy where it exists) instead of peddling myths.

The final papers in issue two present an important debate that is of relevance to all of us working in archaeology, whatever time period. The first paper by Barclay and Brophy presents a critique of the way isotope and other data has been used in the construction of what they term the British ‘late Neolithic mythos’, emphasising a national role for Stonehenge and related monuments such as Durrington Walls. The paper questions the interpretation of isotope data from these sites, but also discusses extensively the way the research has been subsequently emphasised in the media, and how it has been linked to contemporary politics, including Brexit. They note a ‘trajectory of interpretative inflation’ regarding Stonehenge, going from possible to probable to certain, to sensational, which they trace through academic and media sources over the past decade.

One of the key papers that Barclay and Brophy discuss is Madgwick et al. (2019), the most recent in a series of scientific papers on isotope and related analyses from Stonehenge and Durrington Walls. In the final paper presented in this volume of the Archaeological Journal, Madgwick et al challenge some of the criticisms presented by Barclay and Brophy, and reaffirm their original interpretation of the isotope data. The paper focuses largely on this aspect of the criticism, and less so on the way the research has been presented in the media.

The idea of ‘interpretative inflation’ that Barclay and Brophy refer to is one which many of us will be familiar with. This type of media hype is not limited to Stonehenge, though that particular monument does seem prone to it. It seems almost inevitable that archaeological research ends up being sensationalised when it moves from the academic to popular sphere. What responsibility do we as archaeologists and researchers have in making sure that popular narratives of our research are accurate? In many cases these headlines are frustrating but harmless (archaeologists appear to be perpetually baffled by the latest discovery), nevertheless it is the popular headlines that are ultimately where a lay audience gets their information. Another question is, how much do these popular sensationalised versions of archaeology then start to influence our academic research? These are not questions that can be answered easily, but I hope that the debate presented here is an important starting point in making us all consider these issues in future.

As an editor this was a challenging set of papers to deal with. The high-profile nature of the case study, but also the range and complexity of the material under discussion necessitated an incredibly rigorous review process for both papers, from the perspective of British Neolithic archaeology, public engagement and archaeological isotope analysis. The topic was perhaps even more challenging, as I myself was involved in some of the earlier Stonehenge work, and indeed one of the papers that Barclay and Brophy critique was the main output from a postdoctoral research post I held from 2010 to 2012 (Craig et al. 2015). I worked specifically on analysing lipid residues in the Grooved Ware pottery from Durrington Walls. The press release for Craig et al. (2015) was my first encounter with the media as an early career academic, and I remember the sensationalism of the headlines. These headlines referred to ‘prehistoric barbecues’ and ‘food of the gods’ and were less controversial or political than ‘prehistoric Brexit’ but nevertheless presented the scientific research from a particular angle rather than opting to be more cautious. Criticism of our work is never easy to read but is a necessary part of being a researcher and academic, and this debate has certainly made me reflect on the research process and how we interact with the media. We hope that this debate gives readers of the journal something to think about, not only for our understanding of the Neolithic of Britain, but the wider influence that archaeology can have in society.

Last throw of the dice for the bluestone circle hunters? 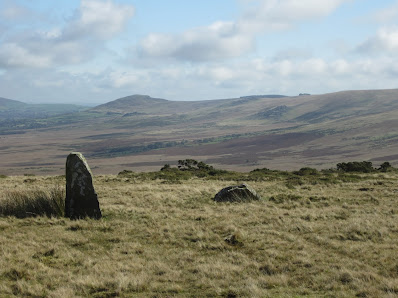 There are assorted messages on the file concerning the forthcoing final (?) season of digging at Waun Mawn by MPP and his merry crew.  A dig is planned, for September, centred on Wun Mawn but not exclusive to that site — but at the moment there is no clear information about other locations due to be examined.  What is clear is that the dig will be on a much reduced scale because of the dependence on young volunteers from the student community — and of course that group is currently proving to be the most vulnerable to the Delta Covid variant.  So having ten or twenty of them working cheek by jowl in an archaeological dig, even on a windswept hillside, might not be a good idea……….

This has to be the last throw of the dice for MPP on this project, and I am frankly amazed that the funding organisations are still prepared to throw good money after bad, given that after two seasons of digging and much media hype (including that infamous Alice Roberts TV programme) NOTHING solid has been found at Waun Mawn.  The geophysics shows nothing, the ”evidence” of stone sockets is worthless, and there is not the slightest trace of any link with Stonehenge.  The radiocarbon and other dating ”evidence” is so confusing as to be meaningless — just like the dating evidence cited in the past for Craig Rhosyfelin and Carn Goedog.  What is more, the local geology has been shamelessly misrepresented — and for this Richard Bevins and Rob Ixer must take a big share of the blame.

So what are they hoping to find?  Presumably they will dig on a few more segments of the putative stone circle circumference, in the hope of finding more shallow and irregular pits that can be interpreted as stone sockets.  And they will hope for some miraculous appearance of a few bits of spotted dolerite or foliated rhyolite that might help them to argue that stones from Carn Goedog and Rhosyfelin were once placed here and then removed.

All that having been said, the fact that the diggers will be looking at other sites as well as Waun Mawn is a sign of progress — as I have been pointing out for years, the area around Waun Mawn, Banc Llwydlos and Tafarn Bwlch is inherently fascinating, and deserves concentrated attention from the archaeological community.