The origins of the British Neolithic Mythos 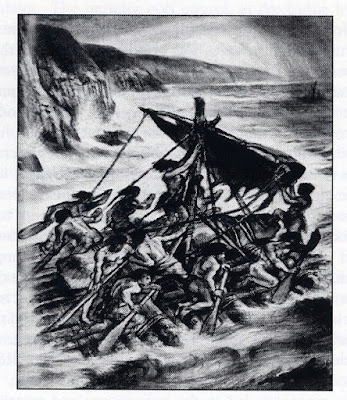 I've been thinking a bit more about the content of this ground-breaking paper from Gordon Barclay and Kenneth Brophy:

First, a definition:  A‘mythos’ is a set of beliefs or assumptions about something, with its supporting narrative.

The mythos…. is that monuments in the Stonehenge area …. had a ‘national’, ‘unifying’ role for ‘Britain’ at a time when ‘Britain’ had a ‘unified culture’ and was isolated from continental Europe, and that as part of this process of unification, animals to be consumed in feasting were transported from as far as ‘Scotland’..........

That's fine, but it only refers to the latest incarnation of the mythos, arising from the recent studies of teeth and bones and linked to the discoveries at Durrington.  I reality, the mythos is much older, as the authors state:

The promotion of Stonehenge and the monuments associated with it as the location for the origin for British identity, for British character traits, and for British political unity is the explicit revival of the English origin myth of Stonehenge as ‘omphalos [navel] of Britain’ proposed by Geoffrey of Monmouth in the twelfth century (Parker Pearson 2012, 331; Tolstoy 2016).

Yes, but the origins of the "modern mythos" go back to HH Thomas, as we have stated many times on this blog, and as is outlined in my book "The Stonehenge Bluestones."  Thomas invented the human transport story, and for much of the last 100 years archaeologists (and some geologists, who should know better) have been obsessed with how and why Neolithic tribesmen supposedly went to all the trouble of picking up lumps of rock (mostly boulders rather than pillars) and carting them off to the chalklands of Southern England.  Senior archaeologists like Richard Atkinson have developed and promoted the mythos over the years, and in the last couple of decades the Darvill-Wainwright tribe and the Parker Pearson tribe have continued the process, with the narrative becoming more and more colourful with every passing year.  The quarrying component has been added, as has the proto-Stonehenge component, and sites like Carn Meini, Carn Goedog, Craig Rhosyfelin and Waun Mawn have been invested with almost sacred significance -- even though the evidence of Neolithic "Stonehenge-linked" activity at those sites does not withstand scrutiny. 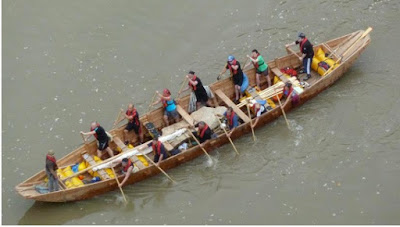 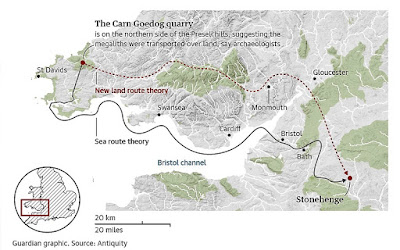 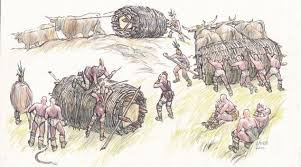 So I would argue that the mythos referred to by Gordon and Kenneth started out like this:

Monuments in the Stonehenge area had a ‘national’, ‘unifying’ role for ‘Britain’ at a time when ‘Britain’ had a ‘unified culture’, and as part of this process of unification,  bluestone monoliths deemed to be “significant” were transported from “Wales.”

Then, when all of the high-tech results started to come in, relating to bones, teeth and isotopes, the mythos was developed into this:

Monuments in the Stonehenge area …. had a ‘national’, ‘unifying’ role for ‘Britain’ at a time when ‘Britain’ had a ‘unified culture’ and was isolated from continental Europe, and that as part of this process of unification, animals to be consumed in feasting were transported from as far as ‘Scotland".

Anyway, there are a few other interesting points from the article, with which I concur.

The continued promotion of Wessex-centred prehistory through the aggrandising ‘national’ role for the Stonehenge area, is not only a problem for those working in the archaeology of Scotland……

• ● core/periphery issues – the persistence of an interpretative ‘grand narrative’ for late Neolithic Britain, based on interpretations of material relevant only to a limited area;

• ● the over-interpretation of limited evidence to reinforce grand narratives;

• ● subsequent promotion of these overstated interpretations by university media offices keen to demonstrate the ‘reach’, ‘relevance’ and ‘impact’ of externally funded, over- head-bearing research, particularly to funding bodies and mindful of the REF process;

• ● a scientistic rewriting of thepast poorly related to existing models of the prehistory of Britain.

The interpretative inflation we have already mentioned occurs in distinct stages in this uite of publications and promotions:

*the data and relatively restrained preliminary interpretation in the first part of the original academic paper;

*then, less tentatively, in the later part of the paper (and in the Abstract) more far- reaching interpretation, with less support offered;

*even more ambitious claims in media releases prepared by the universities, incorporating direct quotations from the authors;

*in the media, working from the press releases, to create attention-grabbing headlines and soundbites, further amplified through some interviews with the lead authors; and affected by the media outlet’s own political angle.

We hope that we have demonstrated that the mythos has been developed on a sparse evidential base to reinforce what we would see as an outdated vision of a prehistory based on ‘luminous centres’, indeed a particular ‘luminous centre’ – the Stonehenge environs (Barclay 2001, 16, 2009, 3).

One final point:  On p 10 the authors refer to “the demonstrable link between central- south England and south-west Wales….” BUT I have to say that the only demonstrable thing is the provenance of most of the Stonehenge bluestones in N Pembs. Nothing else has been demonstrated — no ethnic links, no cultural links. The supposed links are based upon the presumption that the mythos is correct. The research re quarrying, bluestone “sanctity”, bluestone haulage, the existence of proto-Stonehenge etc,  is all assumptive research unsupported by hard evidence.  But the media won't tell you that.

It is very noticeable in the UK narrative of an exceptional past that European influence is barely mentioned. In fact the megalithic world extends around the west of Europe from the mediteranean to the baltic, with many extraordinary monuments, some dare I say it more impressive than Stonehenge and on a grander scale. The Passage Graves are particularly striking - huge monumental works from Jutland to Britanny and the beautiful creations in the Boyne Valley, all generally considered to predate the monumental phase of Stonehenge by several hundred years. Surely any honest historian would at least try to make a connection between these earlier non-British monuments and what remains in UK. Given the dating it would seem plausible that the stone working culture spread to the British Isles from Britanny initially and yet this is hardly ever mentioned.

There are a number of recent books that do just this.

@Mr Truth. Thanks for the tip. Which of Richard Bradleys recent works would you recommend as an introduction?

The Prehistory of Britain and Ireland Second edition.
This is a thoroughly revised, weighty second edition and can be regarded as a companion piece to his recently co-authored and more broadly focused The later prehistory of North-west Europe (2015). This book concentrates on those few islands on the western fringes, blinking in and out of Europe, and proceeds to examine their history closely. Like the earlier excellent book, the thinking is measured, the writing is paced with a densely informative, up to the second text and the whole book immensely satisfying. There is constant questioning of both data and theories, refreshingly little arch(aeo)-speculating although alternative perspectives are given clear voice. As elsewhere, he shows a comprehensive knowledge of the recent literature, (21st century references outnumber the rest) and all is weighed and digested.


Both boks are to be read and balanced agasints all others

Ah, so round bales started in the Neolithic!

Or, are the ones we leave dotted around our fields today, a folk memory of times past? Not utilitarian at all.

I read somewhere very recently that East Yorkshire archaeology is pretty miffed at being ignored by the publicity merchants for the Neolithic, who promote Wessex and Orkney to the exclusion of what they consider to be their equally important zone, with its multiple henge monuments at Thornborough and the Ruston cursus monuments, etc etc.

Ah but a good balanced read.

Why must everything be free or cheap. Few hobbies are free.

Only twice/thrice the price of the John snowflake book.

PP was just following orders, his reputation, divine collatoral damage like the Holy Innocents and the strung out Judas. Trying times.

MPP just following orders? Come off it. He doesn't have to follow orders from anybody -- the responsibility for over-interpretation and for going off on weird tangents rests corporately on all of the joint authors of an article. It was always thus.

OK PP is MPP is that right, and as Brian says following orders from who? "his reputation, divine collatoral damage like the Holy Innocents and the strung out Judas." (was that a prog rock album from early 1970s?) so will we see him put to the sword and strung up?

Who is John Snowflake? (did he play base on that album?) I can think of some candidates but not named John.

Trying times indeed. Shine a light on the truth.

PP may also be perceived in human anthropological terms as 'Pied Piper', with his frequent beckoning to his audiences to "follow me, I will reveal more in due course next time, and show you 'where it's at'" [1960's pop - pickers may recall a certain song...].

It behoves those with previous allegiances to English Heritage, such as PP, to 'big up' the Stonehenge landscape in the public's eyes, so as to ensure it retains its drawing power at the UK's prime archaeological Honeypot Site. So we have the perpetuation of the 'ker - ching' mentality at EH, to the extent, for instance, that the current EH supremo, has recently received an impressive annual bonus in addition to his large salary.

Performance bonus related to number of visitors, size of media headlines and number of media inches?

I worked for a County Planning Officer in Wales who liked his "Daily News" cuttings bulletin to always include any article mentioning him BY NAME. Perhaps English Heritage has a similar bonus system for their Supremo i.e. based on number of press mentions per annum of Stonehenge and Aliens.

A third of the way through and worth the money. Thanks