The BBC and the knowing perpetration of falsehoods 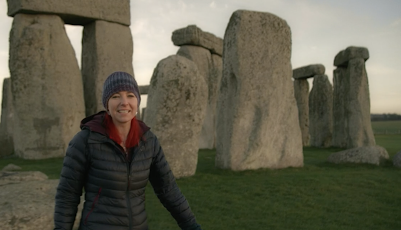 I have just had a phone call from a lady who informed me that the BBC recently (17 October)  broadcast -- for the sixth time -- that extraordinary programme called "Stonehenge -- the lost circle revealed."  Not only that, but the BBC itself is promoting the programme on its web site as one of the top science documentary programmes of 2021.

Let's just remind ourselves that at the time of this latest broadcast, Alice Roberts, Mike Parker Pearson, the programme makers and the BBC all knew that the programme has been overtaken by events.  Not to beat about the bush, it was packed with assertions, speculations and falsehoods which have been challenged by me and various others on social media and (more to the point) revealed in two peer-reviewed publications in June of this year.  One of these showed that there is no geological link between Waun Mawn and the so-called bluestone quarries, and the other revealed that there is no link of any sort between Waun Mawn and Stonehenge.  In effect, the new publications demonstrated -- on the scientific record -- that the contents of the programme were nonsense.  In addition, a further paper then in the pipeline, with MPP as lead author, admitted that the scale of proposed quarrying at Rhosyfelin was minute -- if it happened at all.

There is no excuse.  The TV documentary should never have been broadcast in the first place, because it plays fast and loose with all of the norms of academic research -- but I suppose it could be counted as "entertainment" and justified by the makers on the grounds that those involved genuinely believed at the time that it was all honest and true. But with regard to the 17 October transmission, Alice Roberts and Mike Parker Pearson could and should have stopped it, since they knew at the time that the geologists had already exposed the Waun Mawn fantasies for what they are.

And since a duty of care rests with the BBC as well, they should have stopped it without any prompting from anybody else.

A miserable episode from which nobody emerges with any glory.

This is the blurb on the BBC web site:

In a world exclusive, Professor Alice Roberts follows a decade-long historical quest to reveal a hidden secret of the famous bluestones of Stonehenge.

Using cutting-edge research, a dedicated team of archaeologists led by Prof Mike Parker Pearson have painstakingly compiled the evidence to fill in a 400-year gap in our knowledge of the bluestones – and to show that the original stones of Britain’s most iconic monument had a previous life.

From the grand fantasy of medieval Merlin legends, to the chemical signatures in microscopic rock fragments, no stone is left unturned in the search for new evidence. By combining innovative 3D scanning techniques, traditional field archaeology and novel laboratory analysis, the team have discovered when and where the stones for Stonehenge were quarried and where they first stood.

Alice shows how the team discovered that the stones must have been quarried 400 years before they were first erected at Stonehenge. The team then focuses on trying to find out if the same stones had an earlier life.

Alice joins Mike as they put together the final pieces of the puzzle – not just revealing where the stones came from and how they were moved from Wales to England, but also solving one of the toughest challenges that archaeologists face.

Digging a bit (as a former information librarian) into this programme "Stonehenge - the lost circle revealed", I have unearthed that it was made by TOMAS TV, who describe themselves as a " young, growing production company based in Cardiff".

The programme was directed by PETER CHINN.

Yes, aware of all that, Tony. They make documentaries and will no doubt have pitched the idea to the BBC and then done a broadcasting deal with them. All they are interested in is the commercial side -- the responsibility for reliability rests squarely with MPP and Alice Roberts.

Further, Tomos TV, described as " a young, growing production company based in Cardiff" say " we're proud to be part of the Raw Cut group of companies......Tomos TV delivers high quality, compelling programmes with content that keeps the trust of our contributors " (!!!!).

I say, never mind about its programmes keeping the trust of its audiences by virtue of authenticity and integrity!! As long as it's contributors are happy, that's the main thing.