How to confuse the opposition forces -- just make them dizzy 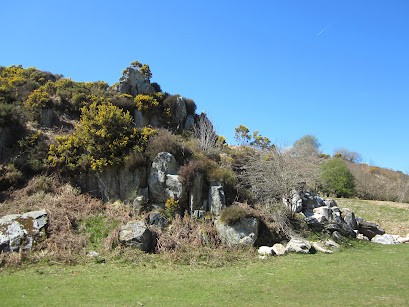 Before long, we will be back to a realisation that Rhosyfelin is just a pretty spot in the countryside, devoid of any archaeological significance whatever...... 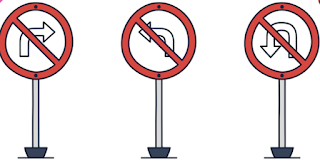 I have just noticed another extraordinary feature of the latest article about the Rhosyfelin stone wedges.  In a couple of places in the text the authors now seem to be suggesting that only one "pillar" was ever taken from here to Stonehenge, and that although they might have planned to take more, they seem to have changed their minds!

That's in addition to the idea that the stone wedges supposedly knocked into the detached slab were not bashed in (ever so gently, with soft hammers)  with serious intent, but were just a sign of the locals practising in their spare moments,  in preparation for something more serious.

So they now expect us to believe that the vast quarrying infrastructure full of engineering features that they claim to have discovered, in one article after another, was developed just for the extraction of ONE stone?

Initially, the stones from the so-called bluestone quarries were supposed to have been shipped off directly to Stonehenge, but then, when the radiocarbon dates didn't make any sense at all, the story was changed to allow the bluestone monoliths to be parked up somewhere else for a period of c 500 years.

The stones at Waun Mawn were said to have come from the bluestone quarries at Rhosyfelin and Carn Goedog, and when that was shown not to be in line with the local geology, they were deemed to have come from a quarry (as yet undiscovered) at Cerrig Lladron. Where next, I wonder?
Initially, the bluestones at Stonehenge were all supposed to have come from one or two quarries, but as the geological work has progressed, it has become increasingly clear that there are multiple stone provenances, some of them as yet unknown.  It's obvious that most of them have NOT come from quarries at all.
The dizzying speed of these hypothesis modifications is all too much to cope with.  In recent months we have already seen an admission from MPP that there never was a stone circle at Waun Mawn, followed by the proposal that they clearly INTENDED to build a circle, but never quite got round to it.
Then we have an acceptance of the confirmation by the geologists that Waun Mawn has nothing to do with Stonehenge, followed by more ruminations that there must therefore be other "temporary" circles where desirable stones were parked up prior to shipment off to Salisbury Plain.  They must be out there, waiting to be found.
In a couple of other rather obscure publications I have even seen MPP accepting that most of the bluestones at Stonehenge are not elegant pillars -- as I have been telling him for years --and then speculating that maybe the builders of the monument preferred distressed and abraded boulders anyway, which were fashionable at the time.......  Urban chic giving way to rural charm, maybe?
From the very beginning, too much narrative and too little evidence, as is perfectly clear to everybody watching the pantomime from a safe distance.
Now you'd better lie down in a darkened room for a few minutes, breathing deeply and thinking beautiful thoughts.
==================