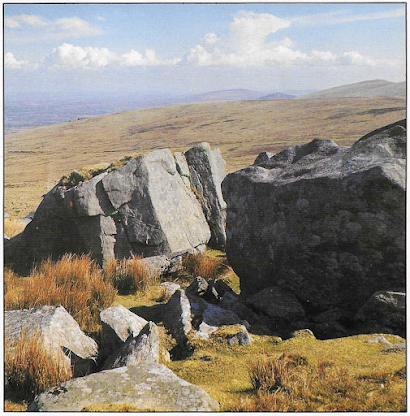 A lovely autumnal photo taken up among the rocks of Cerrig Lladron. This is the latest place chosen by the geologists as the likely source of stones used in the imaginary Waun Mawn stone circle.  I don't believe this for a moment.  The geological evidence is not at all convincing, and the geologists failed to sample the obvious source of the few Waun Mawn stones -- in the dolerite outcrops on the common close to the site of the dig.  Very slapdash work altogether.......

The real reason why Cerrig Lladron was chosen for sampling was that according to the belief system of the archaeologists, and their geologist sidekicks,  the stones had to be "fetched" from somewhere rather than just picked up and used more or less where found.  In other words, human agency and human decisions had to be involved at all costs.

On the summit of Foel Eryr there is a viewing position with a panorama plaque mounted on a rather ugly stone plinth -- and also a Bronze Age burial mound.  The Cerrig Lladron tor -- or what is left of it -- is about 300m down the slope towards the NE. 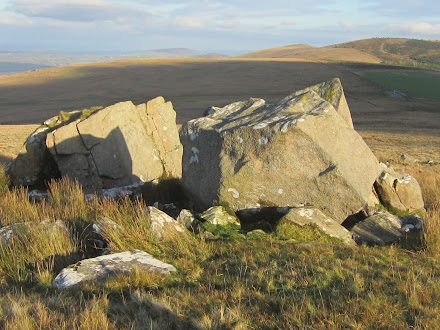 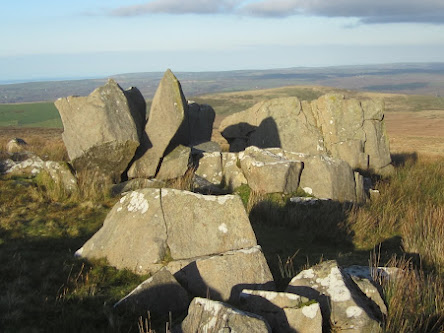 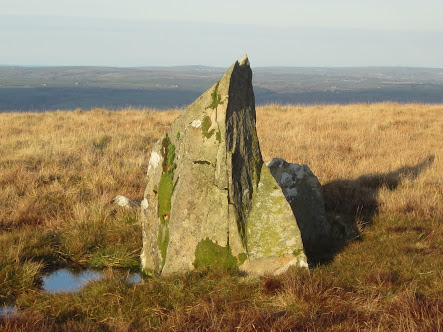 I think all of the stones projecting through the turf are natural, although some think that the smaller ones might be all that is left of an old stone setting.  I examined the area pretty thoroughly, and can see no evidence in support of that assertion.