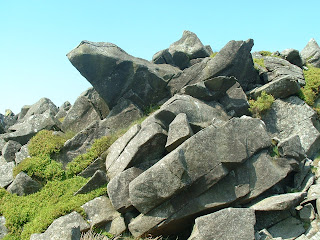 All hoaxes have their day, and eventually bite the dust, leaving senior academics looking very foolish.
Posted by BRIAN JOHN at 16:11

This is shocking Brian! It is especially shocking that it should be happening at a country like the UK renowned for intellectual honesty, truth and historical traditions. Such dangers threaten the re-writing of History (even scientific research) for political/national/economic interests. We see this now more and more, with bogus pharmaceutical studies, planting of archeological artifacts and usurping of ethnic identities (eg the claim that Alexander the Great was a Slav). Can laws be enacted to at least make such activity illegal, if not impossible to stop?

There has always been scientific fraud, and always will be -- Some scientists (in all disciplines) will always be prepared to distort their evidence and maybe "invent" evidence in pursuit of fame or fortune. I'm not that worried about "non-commercial" or pure science, and a fraud might actually stimulate new research. Truth will out in the end. Experimental results or observations that are not replicable will always -- eventually -- be exposed as fraudulent. What is more worrying is the CONTEXT within which dodgy research is accepted and even lauded for reasons of national pride etc. The media carries a big responsibility here.

I agree that fraud in commercial science is far more worrying -- eg in the area of GM foods, or pharmaceuticals. I'm very involved in the anti-GM campaign, and I have seen over and over again examples of fraudulent science (based on non-replicable animal feeding studies etc) being accepted by government regulatory committees as indicators of GM food "safety". Now THAT is seriously scary......

By comparison, some silly science associated with the "bluestone enigma" doesn't actually matter that much!

Well, they all get rumbled in the end. But that ace art forger was at least cocking a snoop at the rich and powerful, and demonstrating that all those art buffs weren't half as smart as they made out. There is always a certain sympathy for Robin Hood characters who rob the rich -- but maybe Greenhalgh wasn't such a nice fellow after all, since as far as I know he didn't pass on the proceeds of his art forgeries to the poor and needy.........

i read somewhere that there's no mention of stonehenge in roman records or, more significantly, in the Domesday Book. What's the official explanation of this? Could stonehenge have been built only 1000 years ago but on an ancient site, hence misleading carbon dating?

You may be right, John, that there are no Roman records of Stonehenge, and no Domesday Book record. But there are records from around 1130, and then of course we have the famous tale by Geoffrey of Monmouth.

Are you suggesting that the stone monument was built about the same time? I would doubt that very much -- the medieval writers were speculating about the origins of a rather strange old ruin. There are anomalies in the radiocarbon dates, but that is always the case -- and the overall picture is pretty consistent.

Personally I have no problems with the dates given for the various phases of Stonehenge. Where I differ with the archaeologists is in saying that the stones were on Salisbury Plain long before anybody dreamt about using them, and that they are an assemblage of glacial erratics.

must say i was just following up on the dating of cerne abbass & long man and the skeptic in me got me thinking! Eratics sound more likely but less romantic!! Will hunt your book down. Great blog
John

I am really curious as to the whole idea of a hoax. What real evidence is there that Stonehenge was not put together in the 18th century from stone that was laying around since the ice age? How can they tell considering so much excavation had gone on to the stones that was unrecorded?

Well, there is no evidence to show that Stonehenge wasn't put together from stones lying around in the immediate vicinity. But the idea of an 18th century hoax can be forgotten about. There are, after all, records of the existence of Stonehenge from far earlier than the 18th century......