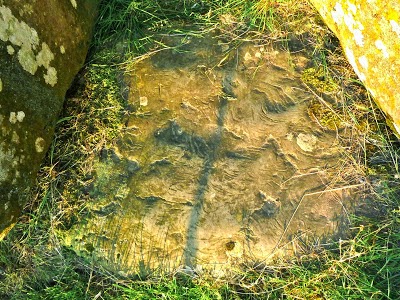 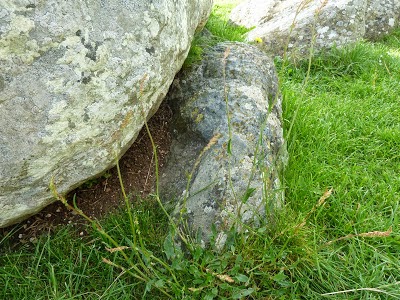 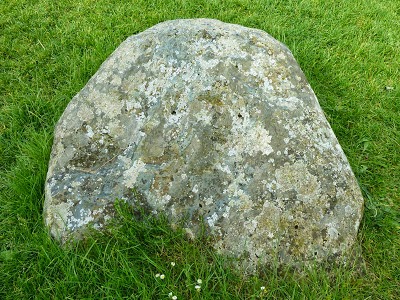 Altar Stone (top), Stone 38 (middle) and Stone 48 (bottom) -  thanks to the Stones of Stonehenge site for the photos.  These stones are neither rhyolitic tuffs nor dolerites, spotted or otherwise.  Look at the extraordinary markings on the surface of the Altar Stone -- more on this later.....
The new paper refers to Stone 38 and related debitage.

There's a new paper from Ixer, Bevins and Gize on the subject of Bluestone 38 and the related debitage at Stonehenge -- which might, or might not, have come from the stone itself. Once again, an interesting piece of work which increases our understanding of the widsespread provenances of the weird bluestone assemblage.

Volcanics with sub-planar texture -- twelve fragments have been examined. They are "small, often sub-rounded, rather than angular flaked, fragments throughout Stonehenge and its environs ....."  And there is quite a wide distribution of fragments across the landscape.  Stone 38 itself is a strange little one, quite unsuitable to be counted as a fallen orthostat -- it's more like a mis-shapen boulder, and like  Stone 48 it's best described as a glacial erratic, pretty worthless for incorporation into a megalithic monument, but simply used because it was there........

Quote: These volcanics comprise two groups namely Volcanic Group A, friable rocks with abundant white mica and a strong metamorphic fabric and Volcanic Group B, hard rocks that are partially characterised by an unusual mineralogy including two forms of graphitising carbon. Only twelve Volcanic Group B samples have been recognised from the Stonehenge debitage but they share the same petrography as Orthostat SH38. Spatially, as with the debitage from the Altar Stone and Orthostat SH48, they are widely, if thinly and randomly, distributed throughout the Stonehenge Landscape. Temporally, almost none of the debitage, from all three bluestone orthostats, has a secure Neolithic context.