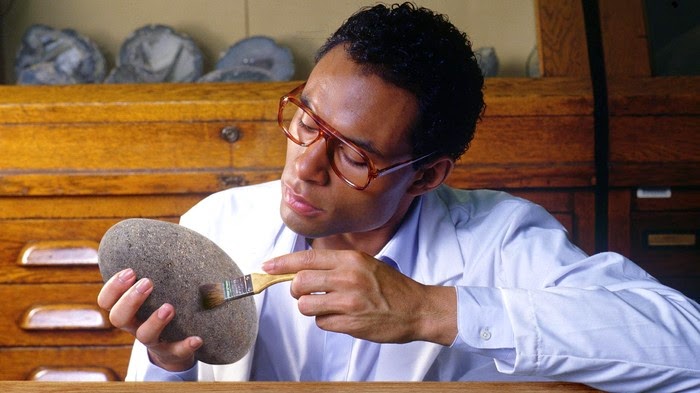 Thanks to Geo for the heads-up on this one.  Great report!   Should be read by all archaeologists who do not already subscribe to THE ONION........

FORT COLLINS, CO—Describing the discovery as the most flawless specimen ever unearthed, a team of geologists working in northern Colorado announced Friday they had excavated a fully intact rock. “This stunning find provides an illuminating glimpse into what rocks may have looked like in their complete form millions of years ago,” said lead geologist James Powell, adding that the extremely well-preserved rock offers unprecedented insight into the physical structure, shape, and characteristics of early rocks in ways that incomplete stone fragments and shards never could. “Previously, reconstructing a whole rock from small remnant pieces was difficult, and we never had a complete specimen. We’d invariably end up with several missing parts, and we could only speculate about what might have filled them. But now, we can safely say that these empty spaces were most likely filled with other bits of rock. It looks nothing like we could possibly imagine.” Powell added that further research was necessary to determine if a geological link existed between rocks, pebbles, and boulders.
Posted by BRIAN JOHN at 10:30

I need not remind the contributors here that we've all heard wild claims like this before.

What is the provenance of this so-called 'rock', and what's the context?

Personally, I'll wait for a stringently peer-reviewed analysis before jumping to any unsubstantiated conclusions.

On the other hand - if proved valid - it could change the way we look at the past!

Sound points, Neil. We need to be very careful on this one.

As Marvine Gaye, PhD, sang with Tammi Terrell, "The world is just a great big onion, and pain and fear are the spices that make you cry".

Is the journal "The Onion" published in Ireland? Perhaps by a member of the cerebral O'Nion family??

Seriously, Seekers after Truth should hurry to read "How incompetent were the Stonehenge builders?" on this Blog, 11th September 2010.

In satire, however, there is also some truth! A must reading for all archeologists/paleontologists etc.