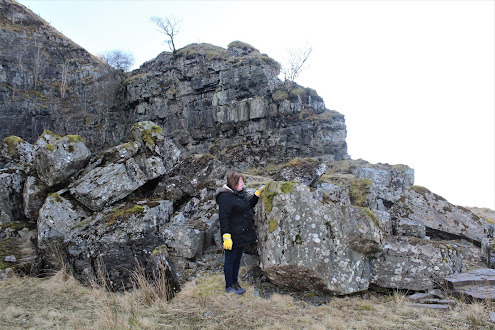 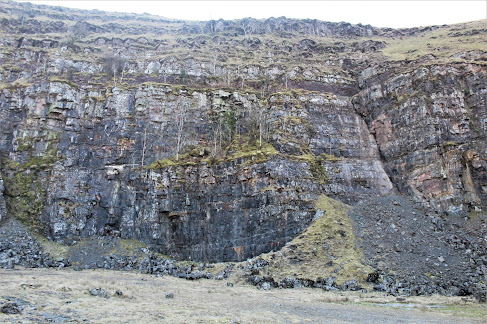 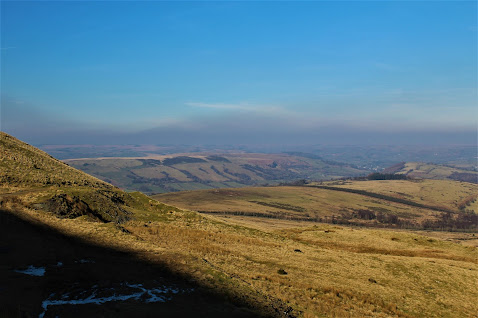 The site is on a NE-facing mountainside, at an altitude of 500m, on the flank of the mountain called Y Gelli.  There is an old quarry there, which appears to have been worked over a long period and which exploits the Senni Beds sandstone formation.  There is thick bedding, and the rock seems to naturally break down into large angular blocks.  The precise location is SN 91417 22163. The quarry lies c 1km SW of Heol Senni and just over 2 km SE of Cray.  Sennybridge is to the north.

What interests me about this site is the rock outcrops above the quarry on the mountainside -- on the old maps these show up quite prominently, and we can see them in the middle photograph.  They appear to be on the headwall of a small nivation hollow or incipient cirque, but I don't think it was ever deep enough for a body of ice to have generated its own terminal moraine.....

These outcrops might be considered perfect candidates for entrainment by overriding ice.  However, a word of caution.  During a local glaciation the "natural" direction of ice flow here would have been towards the NE.  On the other hand under a Welsh ice cap the direction of ice movement would have been across the main ridge of the Brecon Beacons, through a col and then southwards into the Neath River catchment.  I don't understand ice movement directions in the area well enough to make sensible suggestions right now -- but at least we have an intriguing possibility that the Altar Stone MIGHT have come from Heol Senni or from somewhere nearby. 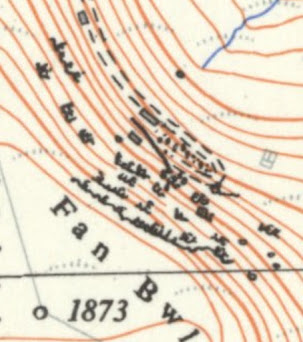 The Heol Senni quarry site, from the old OS 1.25,000 map series.  at the time the map was made, the quarry was quite small, and it has subsequently been greatly extended into the slope.  But here the original sandstone outcrops are seen quite clearly.
PS.  To see past discussions of the origins of the Altar Stone, use the search facility on this blog.  As we can see, Bevins and Ixer currently favour a provenance towards the eastern end of the Senni Beds outcrop.  This location, south of Sennybridge, might be deemed to be in the "middle section" of the outcrop. But it would certainly be interesting to see some sampling done here and at other sites. 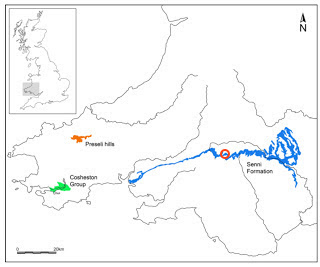