How do they get away with it? 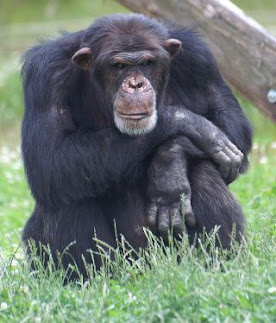 As the disreputable and independent readers of this blog will know, I have often wondered why a small group of quite senior professors who go on about bluestone quarries manage to get away with it.  They continue to publish material which is highly contentious -- if not downright dishonest -- and yet they are still lauded and cheered on by both the media and the more gullible members of the public.  More to the point, their work hardly ever seems to be SCRUTINISED -- either by the editors who publish their articles or by those who read them.  As we were saying the other day, quoting Carl Sagan, the world seems to have lost the ability to "knowledgeably question" what is put before it in written form.....

More than once, I have encountered quite hostile reactions to my scepticism about the "quarrying" investigations of Prof MPP and his team -- on the grounds that "you should show them greater respect" and "they must know what they are talking about, because they are the expert professors"........  Deference and blind allegiance everywhere, even where you might expect a degree of independent thinking.

So this article when it appeared today, caught my eye.  It's behind a paywall, so one is not able to read the whole thing, but I get the gist of it.

Effortless thinking: We're all suckers for a celebrity

What makes Her Maj majestic? Or gives someone the X factor? The answer lies in our nomadic past, and it is leading us badly astray today

Apparently the scenario in which senior and "respectable" people are allowed to trot out nonsense and in which the members of the public allow them to get away with it is all down to something called "prestige bias".

When we investigate this, it all gets rather complicated, and strays into psychology and behavioural science.

From a recent article by Azita Chellappoo:

They (Heinrrich and Gil-White) define prestige in contrast with dominance, and characterise it as unique to human societies. According to Henrich and Gil-White, dominance hierarchies are typical of chimpanzee societies (which do not display prestige). In dominance hierarchies, subordinates exhibit submissive behaviours towards superiors, avoid superiors when possible, and occasionally make aggressive challenges to the rank ordering. Dominant individuals in these hierarchies ‘grandstand’ to display their dominance, which is maintained primarily through physical force, or threat of physical force. In contrast, in prestige hierarchies, subordinates will actively seek contact and interaction with superiors, and will spend sustained periods observing superiors. Prestigious individuals will not grandstand, and may even be self-deprecating and adopt non-dominant postures such as looking down. Henrich and Gil-White claim that human hierarchies are typically a mix of dominance and prestige.
All quite entertaining, especially the stuff about chimpanzee societies and "dominance hierarchies".  I love the bit about grandstanding.  There must be a lesson in there somewhere......
Posted by BRIAN JOHN at 09:45

You get a similar thing, on the testosterone level, every time there's an Encounter under the moonlight/ studio lights between a dominant male silverback celebrity archaeologist [ ] and a comparatively respectful female celebrity interviewer anxious to appear deferential.[ ] Fill in your own names......

We must of course remember that not all of the professors at the top of prestige hierarchies are men -- Prof Alice Roberts bucking the trend?

Yeah, she earns her corn for sure I'd say. She's an excellent public communicator, and perhaps one of these days quite soon, she'll consider [on the public's behalf, because that's what her professorial role ii] the situation in the Preseli Hills, where there's a geomorphologist who knows a great deal about its glaciation whose expertise in being blindly ignored by those from
UCL and the universities of Southampton and the Highlands & Islands of Scotland, etc who think they can in any case do without any geomorphologist in their so - called inter - disciplinary team! Good grief,if that's not officially a crime, then it da**ed well ought to be.But it appears to be the blind leading the blind, either that or a load of ostriches up there.