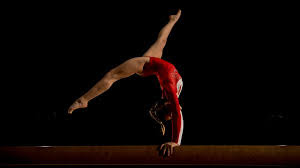 Tumbles, leaps, spins, glides, somersaults, headstands, backflips, and balletic pirouettes -- they are all in there, together with contortions one has no words for.  Truly impressive....

Anyway, let's be serious here.  First things first.  I am actually quite impressed by Chapter 4 of Vol 1 of "Stonehenge for the Ancestors" by Mike Parker Pearson and Colin Richards.  I don't often say this, but please read it -- for free, if you cannot afford the real thing.  As a chapter it is well organized, clearly laid out and nicely illustrated. It's the best summary of the "bluestone situation" on Salisbury Plain for 25 years, and stands alongside "Stonehenge in its landscape" (1995) by Ros Cleal and others, and the big studies published by Richard Thorpe and OU colleagues (including Olwen Williams-Thorpe and Rob Ixer)  in 1991.

All that having been said, the most impressive thing about the chapter is the extraordinary mental gymnastics involved in avoiding a perfectly obvious conclusion -- namely that the bluestones were all on Salisbury Plain -- or maybe very close at hand -- at the time when Stonehenge was conceived and created.  In the abundant evidence relating to the 43 bluestone monoliths, the pits that might have held them, and the widespread occurrence of related lithics or fragments in hundreds of different locations, there is nothing at all that suggests that they were transported from Wales by human beings and "delivered" to the Stonehenge area some time around 5,000 years ago or maybe in several phases after that date. If you want to argue that, you have to do mental gymnastics just like those performed by Parker Pearson and Richards in this chapter.

It is perfectly obvious from the multiple bluestone rock types, their shapes, their weathering crusts and faceted surfaces that they are glacial erratics -- most of which were used just as soon as people started to get interested in making arrangements of stones.  This is what the stratigraphy shows.  The bluestones were used as found, and some were later split and fashioned into pillars and lintels.  Some were then suitable for use in the bluestone horseshoe in one of the later phases of stone setting.  The occurrence of the stones in the Stonehenge area may be the simplest and most logical answer to the question:  why is Stonehenge here rather than somewhere else?

I predict that over the coming years more bluestone lithics (some of them quite surprising) will be found, in more locations; that progress will be made in identifying heavily degraded glacial deposits on Salisbury Plain;  and that more hollows will be found that might have contained bluestones precisely where they were left during a phase of glacier ice wastage.

I cannot see the slightest reason why anybody should need a more complicated or wonderful story than that.

I should like to move on from your analogy of Olympian mental gymnastics to another one.

In order for two sides who hold polar opposing views as we have regarding the Stonehenge bluestones, there has to be a series of discussions between the two parties.

I'd like to consider the idea that the dyed - in - the - wool, traditionalist 'Stonehengers' are on board a huge Ocean Liner. Now, it is extremely difficult to effect a complete change of direction in such a vessel. Similarly, human beings need to go through a long process of negotiations before even so much as a temporary compromise may be reached.

We have a problem. You can only hold a discussion or dialogue or debate between two parties with opposing views if both parties accept that there are differing opinions relating to the interpretation of evidence. The problem is that one side accepts that there are two sides to the debate. The other side refuses to accept that there is anybody in the world who does not think as they do......... it's completely bizarre, but sadly, that's the way it is.

That's quite right. It's a case of those who repeatedly state that everyone who proclaims that human sweat and muscle moved the bluestones all that distance are required to effectively and seriously simply think about the wonderful processes involved in the CREATION of landforms......and then, to see this geomorphological explanation as something that is SOMETIMES valid. That's a the very first stage in moving, inch by inch, towards a meaningful dialogue.

I am confident that, in the not TOO distant future, there will be a new generation of trained archaeologists arriving on the Stonehenge - Preseli scene, "young bloods", not hidebound by the blinkered rigid human transport doctrine their predecessors felt obliged to follow regardless of any thought that they might possess any freedom of choice in the matter.

Yes, let's hope for a new generation of bright young things, and let's hope that they have not had the ability to think beaten out of them.......

Without advertising my website on your excellent blog, Brian, why should I read anything written by Pearson and Richards, when it appears that steps have been taken, with the help of Waterstones, to stop people from visiting my website and learning what I claim Stonehenge to be.
So how come?
Well, I chose to give my website the same title as a book I wrote in 2012. After all, one is a website, and the other is a home-made book that was put together by the now defunct Staples. I had no intention of selling the book, but I did send a copy for Pearson to peer review.
Waterstones continue to advertise the book as up for sale, even though they know is not available! Also, I tried to cancel it at point-of-sale some years ago.
The situation now, is that no-one can find my website because Waterstones have flooded the internet- and I mean flooded, with my book of the same name.
More corrupt archaeology, or am I being paranoid?

Tom, I think in this case I prefer the cock-up to the conspiracy. I don't see why Waterstones would be at all interested in anybody's web-site, let alone take measures to stop people looking at it. But with all due respect, this is not the place to discuss it any further.......

Question: how many members of the Pied Piper Team does it take for that Team to comprise an Orthodox Heads - Buried - in - the - Sand Immaculate Cult? Scientology's got nothing on these prima - donnas......