The Limeslade "giant erratic" -- and another glorious myth 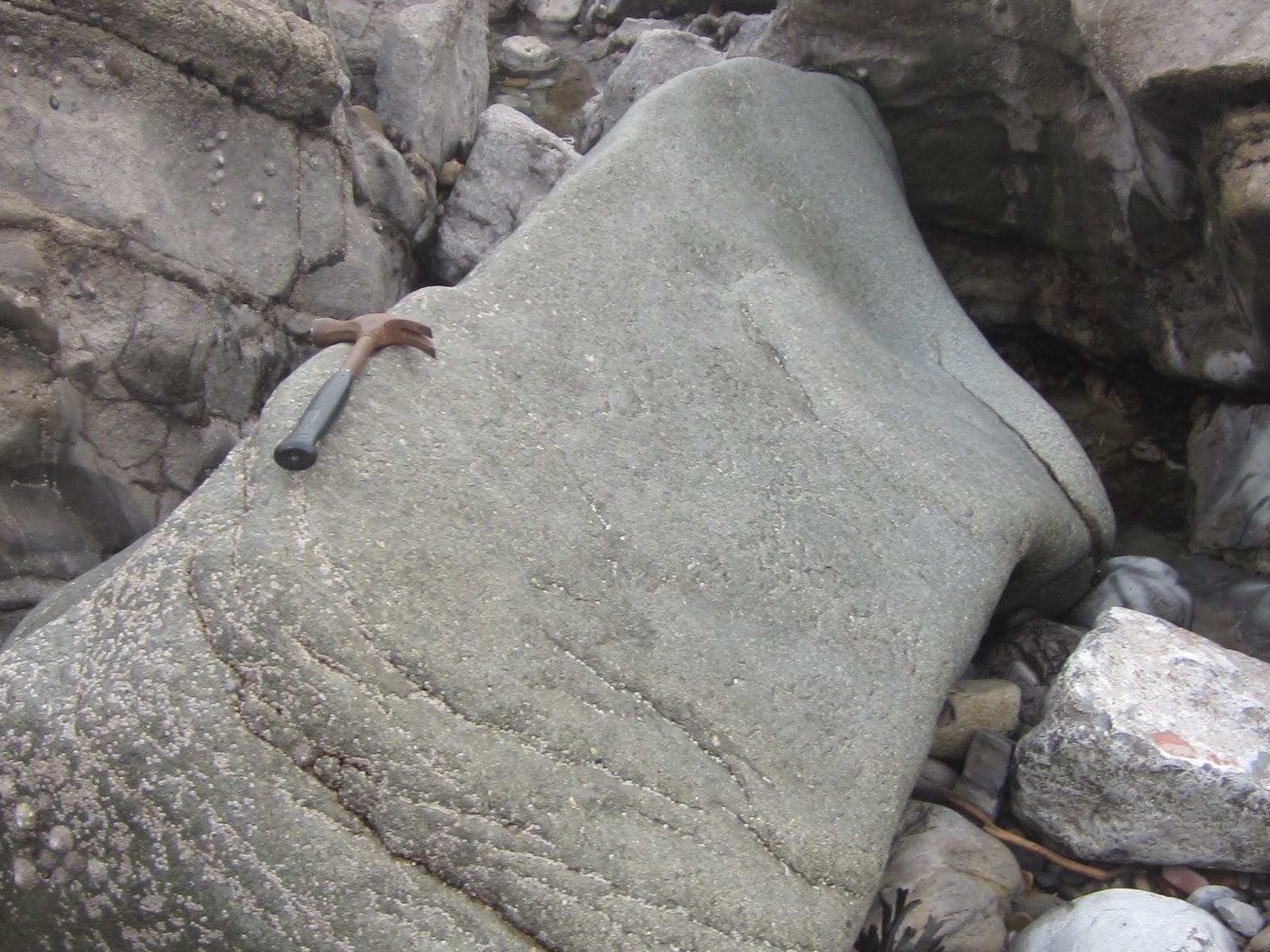 The blogosphere is a funny place -- filled with wonderful insights and complete crap.  If you are a blogger yourself, you rejoice in the former and have to tolerate the latter!!  Here is as fine a piece of nonsense as you are ever likely to see -- from Tim Daw's blog site called Sarsen.org:

For some time Tim has gained great pleasure from slagging me off with regard to what he regards as a gigantic conspiracy.  He accuses me in his latest message of effectively covering up inconvenient research results concerning the "giant erratic" at Limeslade, near Mumbles, which was found by Phil Holden in January 2021.

A year is a long time in academic geology. Looking back on it, it's actually quite intriguing to see how this piece of academic intrigue was instigated by somebody with an unshakeable belief that one theory (relating to human transport) was dead and buried, and that the only other theory in town (namely the bluestone glacial transport theory) must therefore be correct. He believed that all he had to do was find the evidence.
Quote:
Hailed by Dr Brian John as the 'greatest glacial discovery this century'...............
Well, I have never claimed this as "the greatest glacial discovery of the century".  I may be enthusiastic, but I am not that stupid,  and I have asked Tim to withdraw that remark.
If Tim had bothered to ask me, I would have been very happy indeed to put him in the picture, as follows:
1.  I am completely unconcerned about where the erratic might have come from.  Scotland?  Ireland?  North Pembrokeshire? Mid Wales?  Who cares?    Whatever its provenance might be, this is an important find.
2.  The samples are not mine.  They are Phil Holden's.  When we started discussing how they might be analysed, a professional geologist offered to prepare a thin section from one of them and to subject the other to pXRF analysis.  Dr Katie Preece at Swansea University offered to look at the results when they came through.  We were grateful for those offers, and accepted them.
3.  For a variety of personal and professional reasons, the geologist has not yet analysed the samples, in spite of frequent reminders and requests from us.  This is, as our readers will realise, a rather disappointing and embarrassing situation.........
4.  We have received recent assurances that the work will be done in the near future, and readers may rest assured that just as soon as we have the results they will be published, whatever they may tell us.
So just relax, Tim and everybody else.  There is no intrigue, and no conspiracy.
===============
PS.   I am happy to report that Tim has removed that remark from his blog post.  He has also, as far as I can see, done a considerable re-write, getting into something of a tangle over who said what, and when.  It all gets rather sterile and silly -- but for the record, I stand by my comment that Phil's discovery was "one of the most important chance discoveries of recent times" -- that is, in the field of Stonehenge bluestone research.  Chance discoveries like this are very rare, and are worth celebrating -- but they are clearly at the fun end of the spectrum as compared with discoveries made in the course of meticulous scientific research!!
Posted by BRIAN JOHN at 13:00

Yes, it makes me happy too;)

Another Tim, Professor Tim Darvill of Bournemouth University Archaeology Department,, may take a much more considered view of the Limeslade erratic when the analysis of the samples has at last been done.

Quite possibly. Many other archaeologists will also be interested, not least because many of them have been brought up to believe that glaciers do not flow from west to east..........

Tim Darvill has previously been based in the Gloucestershire Cotswolds area I think from memory. Could you let me know of any glaciation studies thereabouts and I'll contact him.