The distribution of Shap granite erratics 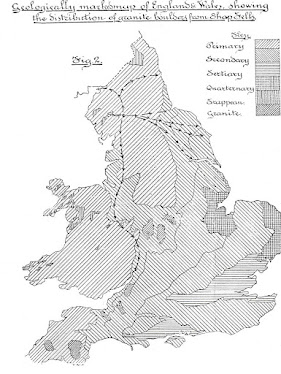 Erratics and Re-cycled Stone: scholarly irrelevancies or fundamental utilities to lithic studies in prehistoric Britain and beyond?
C. Stephen Briggs (2009)

The routes shown for Shap granite erratic transport are themselves somewhat erratic, and will have been much more erratic than shown -- but the main point of interest is the final resting place.  One Shap granite erratic (at least) is shown as having been dumped in the Severn estuary.  So here is an interesting question: could the "granite debris" found at West Kennet be related in some way? 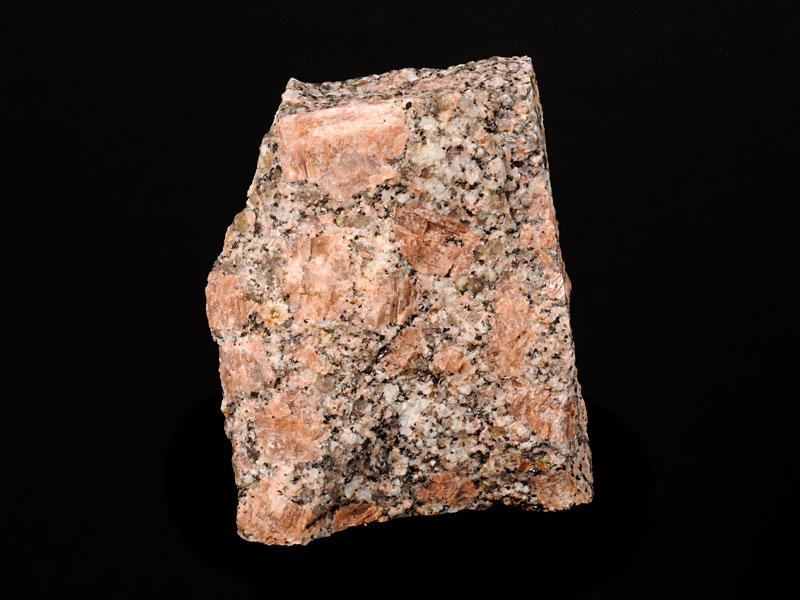 Shap granite has a pink or orange colouring
The Shap granite, a distinctive coarse-grained granite with large pink orthoclase feldspar, was intruded late in the Caledonian orogeny around 394 million years ago. The granite had a complex evolution involving multi-stage addition of basaltic magma to the magma chamber and assimilation of country rock. Much of the magmatic history is recorded in the compositional variations of the feldspar megacrysts. This rock has been widely used as a decorative building stone

In their analysis of the granite "grus" at West Kennet Ixer, Bevins and Pirrie decide that it has probably come from Cheviot -- maybe from Cunyan Crags.  This is well to the east of Shap.

The West Kennet grus: how far?
by Rob Ixer, Richard Bevins and Duncan Pirrie
British Archaeology, March/April 2022, pp 39-41
The geologists prefer to think of the grus (which includes some big mumps) as the remains of a traded or carried stone that had some value -- but that is based on the idea that the ice cannot possibly have been involved in its movement to its final resting place.  We shall see.....
https://www.dailymail.co.uk/news/article-10518877/Scientists-believe-Neolithic-Britons-carried-stones-280-miles-build-Wiltshire-enclosures.html
Here is a piece of classic Daily Mail nonsense, encouraged by Pollard, Welham and others from the West Kennet research team: 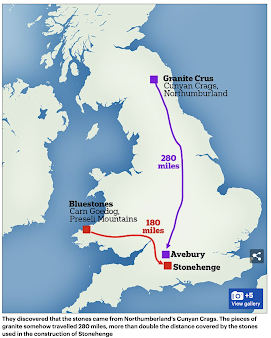