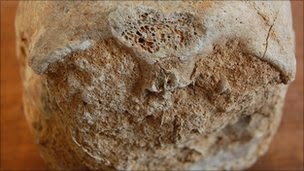 One of the Greylake skulls found in the sand quarry -- about 10,000 years old 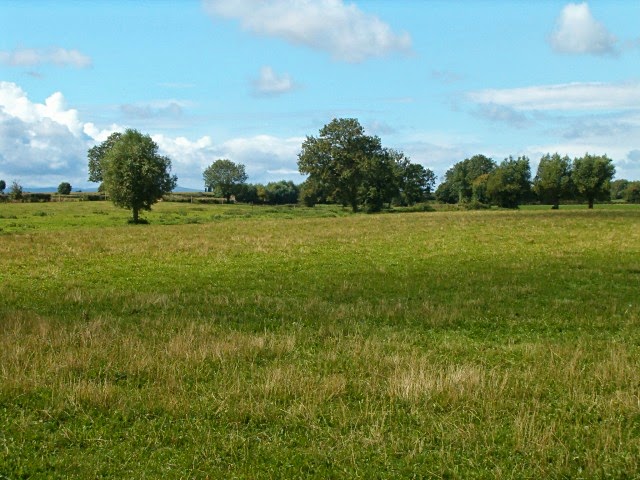 The Greylake landscape -- typical Somerset Levels.  This is the type location for the mysterious Burtle Beds Somerset Levels map.  Greylake is located 5 miles to the east of Bridgwater

This is not new -- but Greylake is a very interesting site because of its associations with the Mesolithic, because it is a classic localty for the Burtle Beds, and because this is the southernmost location in inland Somerset where glacial deposits have been discovered (separated from the Burtle Beds by an old soil horizon...........)

Recent radiocarbon dating of two skulls that were found at a sand quarry in Greylake nature reserve has revealed them to be 10,000 years old, making them the oldest cemetary yet discovered in the UK, according to Somerset county council. The skulls were found in 1928 and are held in the Blake Museum in Bridgwater.

The dating was done by a team investigating the archaeology of the Somerset Levels as part of the 'Lost Islands of Somerset' project.
They came from the remains of five bodies discovered in 1928 at the sand quarry in Greylake, which is part of a raised island of hard rock above the surrounding Levels and Moors floodplain.

This internationally important discovery shows that by around 8,300 BC Mesolithic (Middle Stone Age) hunter-gatherers were burying their dead on the island. All the other human remains from this early period in Britain have been found in caves such as Aveline's Hole in Somerset, which is the largest Mesolithic burial ground in the UK.

Dr Richard Brunning, from Somerset County Council's Heritage Service who is leading the Lost Islands of Somerset Project, said: "This was amazing news and was just the result we were hoping for. It shows that a Mesolithic hunter-gatherer group was operating from the island and burying its dead there. Such open air cemeteries are extremely rare in Europe and this is the only one known from the UK."

Flint tools were also found in large numbers on the site in the 1950s suggesting that it was used as a long-term camp site. More analysis will be carried out on the skulls and the tools to shed light on how this ancient community lived and died.

Your Book, in the section "Glacial traces in the South West", pages 120 - 121, under WESTONZOYLAND, mentions that "but at one time there was a great erratic here, known as 'The Upping Stock'. Very inconveniently, it was smashed up to make road stone". What a shame! These Highways Officers have a lot to answer for! e.g. the road improvement north of Amesbury which sliced right through the Durrington Walls henge monument in 1968, but was thereby the reason for Geoffrey Wainwright's large - scale excavations there.

If the HEAVY RAIN keeps up today (Boxing Day) then just maybe a few more Mesolithic bones/skulls will wash out from the glacial deposits on top of of these Burtle Beds. We need one or two extremely patient, retired or locally resident geomorphologists or archaeologists (or, ideally, BOTH!) putting themselves on watching briefs at Greylake.

The glacial deposits, as I understand it, are BENEATH the Burtle Beds. Will try to do another post on that.....