Death by silicosis -- why Stonehenge was never finished? 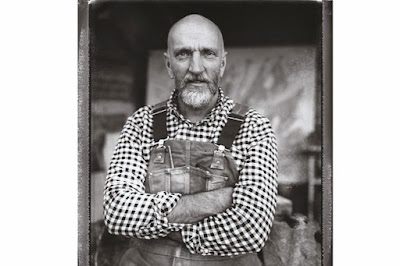 This is an interesting theory that I have not heard before.  Andrew Ziminski, a stone mason, thinks that the reason why there are not Stonehenges all over the place is down to the fact that the masons who smoothed the sarsens (and worked and smoothed some of the bluestones as well) were probably all so damaged by the inhalation of silica dust that they all died out.  He reckons they finished the task first.  I don't agree with that.  There is no evidence that Stonehenge was ever finished "according to plan" -- it has all the signs of a monument to grand aspirations that was never finished.  Maybe the monumental masons were so dramatically affected by respiratory problems that the Health and Safety Executive stepped in and put a stop to the whole project?  Maybe many of the workers had already died?  And maybe those who were left just went off to Durrington Walls and saw out the rest of their miserable lives in one big extended orgy (assuming that they had the energy for it)?? 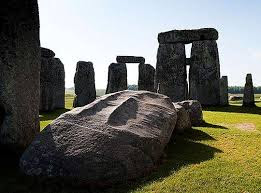 Sarsen shaped and smoothed -- but at what cost to human life?

Books interview with Andrew Ziminski: “The stonework at Stonehenge is a Gordian knot of mind-bogglingness”

Which era’s capabilities with stone do you find the most astounding, considering the tools they were working with?

The finishing of the stonework at Stonehenge is not just mind-boggling, it’s a Gordian Knot of bogglingness. It’s absolutely insane how the Neolithic builders managed to finish the upright stones, never mind transport them. There’s one stone in particular, stone 56, which has an extraordinarily flat plane across its face. To think that that was created just using mauls – basically big circular stone nodes, some the size of cricket balls, others the size of medicine balls – is absolutely extraordinary. 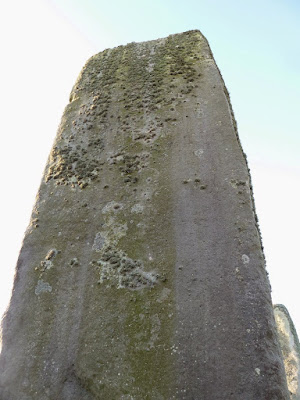 It’s true that there are other Bronze Age and Neolithic monuments of greater magnitude, like the Carnac stone rows and stone circles in the Orkneys. But there’s nothing else from that time that’s been designed with architecture in mind. Stonehenge was built with details such as mortice and tenon joints to hold it all together. It’s supremely sophisticated – and it actually fits! The lintels are tongue-grooved at each end to hold them in place. That’s an unnecessary extra piece of work to my mind, because these things weigh 20 tonnes each, they’re not going to fall off lightly. What’s interesting is that mortice and tenon joints and tongue-grooved joints are carpentry joints, aren’t they? So there was clearly a carpenter’s ethic at work at Stonehenge.

In the book you describe making your own Stonehenge-esque monolith using Neolithic methods. How was that experience?

Tedious. Really tedious. All that pounding away! Sarsen stone, the main ingredient that Stonehenge is made from, is super hard. It’s also got a very undulating face, riddled with pock-marks and holes. To turn that material into a perfectly flat plane using just mauls absolutely beggars belief. They must have just pounded and pounded away endlessly. The sarsen sandstone is so unforgiving that it can’t possibly have been just three or four people at work, but hundreds and hundreds. It must have been a huge community effort. The social structure required to achieve that work must have been immense.

Of course, the great puzzle is: why was Stonehenge built?

I’ll leave that one to academics. What I really want to know is what happened to the builders of Stonehenge after they put the last lintel on? Why did that sophisticated design capability just disappear, or why was it not matched or copied anywhere else? Why are there not Stonehenges all over the place?

One answer could lie in the fact that they would have been creating enormous amounts of silica sand and would have been breathing it in the whole time. As masons, one of the things we always look out for is the risk of silicosis. We wear full-on masks, but obviously they didn’t have those in the Neolithic era. So they would have been dying of this condition fairly soon after conclusion of their task.

Historically, was stonemasonry a respected trade?

There were different layers of acceptability within the trade. Labourers were at the bottom of the pile, mixing the mortar and transporting it up onto the scaffold. Next would be the fixers, with the carvers just above them in the workshop. At the top of the tree would be the sculptors and, at the pinnacle, the master masons. For much of history there were no architects, so masters were the geniuses who came up with extraordinary feats of engineering.


Andrew Ziminski is the author of The Stonemason: A History of Building Britain (John Murray, 336 pages, £20)

Just a real treat to hear from someone who knows and loves the art-form from experience.
The silicosis angle is a fascinating spin I've not heard of before. May be some truth in that. I imagine few of those generational stone-workers ever really got the scent of pulverized sarsen out of their noses.

Was Stonehenge finished?
Well, everyone knows what I think ...