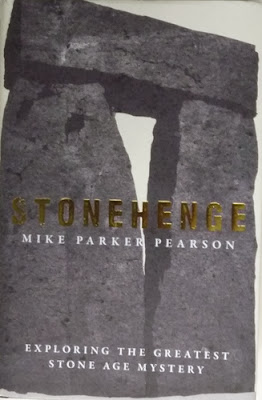 I don't think I posted this here before -- my review on Amazon of MPP's latest Stonehenge book:

This book is a profound disappointment. Written in a chatty style, and presumably aimed at the lay person with no specialist archaeological knowledge, it does serve to bring one up to date with some of the latest research. But there is an extraordinary mixing of fact and fiction -- and even fantasy -- to the extent that the naive reader has no idea which is which. That, in my book, is bad science -- and it does a disservice to archaeology. Prof Parker Pearson clearly likes a good story, but his imagination keeps on running away with him, so that key facts (which he might find inconvenient) are clearly ignored or misrepresented while he charges off on his latest "great explanation." I would have liked this book a great deal more if he had been more dispassionate, and had presented us with the evidence before weighing up the pros and cons and drawing his conclusions. Over and again he appears to have a ruling hypothesis stuck in his head (as with the famous Rhosyfelin "quarry" which is probably not a quarry at all) -- and he appears to be incapable of examining alternative explanations, especially those involving natural processes. I think I learned quite a lot from this book -- which is good -- but I am still not sure whether the things I have learned are true, or just figments of the fertile MPP imagination.
Posted by BRIAN JOHN at 17:39

This is a daring in your face review! The points it raises need to be made. But I give more credit to Prof. Parker Pearson as being an intelligent and very knowledgeable archeologist. So the real question is: why esteemed archeologists continue in this vain of promoting a narrative to the unknowing public which is clearly flawed in so many ways?
And the answer is? Prof Parker Pearson knows what he is doing! As he surely knows what he is concealing!

I enjoyed the book. I saw one or two minor discrepancies, but thought he qualified the conjecture very well.

I seem to have given 'The most helpful favourable review' in the process. Not sure how that happened.

Your review seems outnumbered by more positive ones. Never mind.

Entirely to be expected, Gerald. There are lots of very gullible people in this world......

Perhaps 'open minded' should be substituted for gullible.

Open minded people do not necessarily believe what they are told by authority figures.....

The same reasoning can be applied to 'The Bluestone Enigma.

If you look carefully, I think you will find that I do at least try to present alternative hypotheses and argue them out. More than can be said of a good many other Stonehenge tomes.....

I see MPP as a Pied Piper of Hemelin figure for the 21st Century. Trouble is, when he has led his lemmings on his wild goose chase, there is no quarry at the end of the chase, only the probability of a precipitous cliff face to plunge off with reckless and stunned abandon.