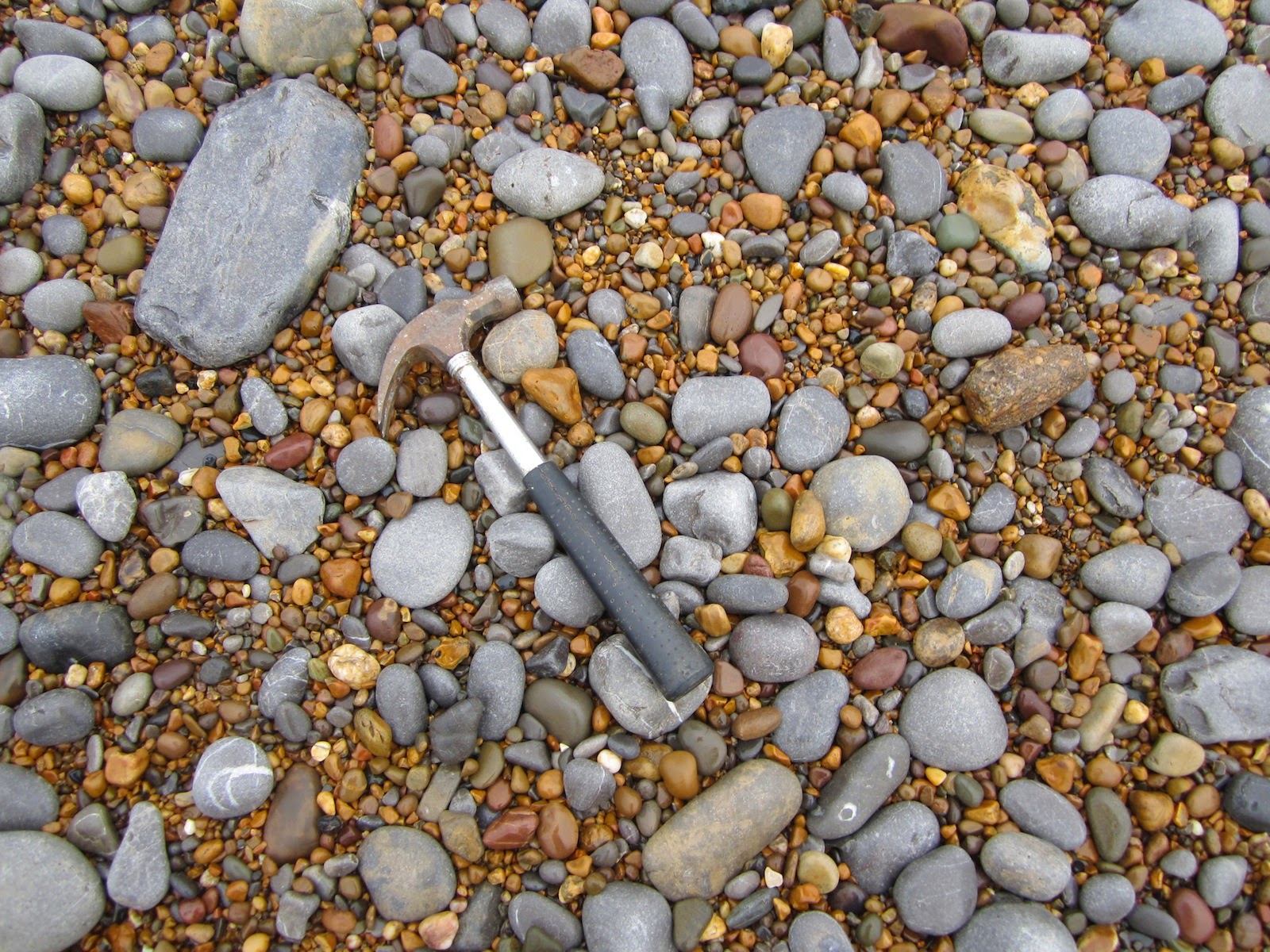 Erratic pebbles have been known on Flat Holm for almost 200 years, and the earliest record seems to be that of Buckland and Conybeare in 1824.  They recorded pebbles of "chalk-flint, red sandstone, quartz, flinty slate and porphyry....." on the limestone bedrock and on the beaches which effectively double the size of the island when the tide is low.

The island is in the middle of the Bristol Channel, 4.7 km from Lavernock Point near Penarth on the Welsh side and almost 10 km from Weston-super-Mare on the English side

In 1971 Geoffrey Kellaway collected 100 pebbles from East Beach.  This will not have been a totally random collection -- presumably he just picked up the things he thought were interesting.  So any statistics and percentages cited are meaningless.  Nonetheless, the list of pebbles from this collection, as identified by RK Harrison, is interesting.

Presumably thin sections were made from all these pebbles.  The remaining -- maybe less interesting -- rocks were:

Harrison considered that there were two groups of pebbles -- relatively local and far-travelled.    The former were readily distinguished -- eg limestones, flints, dolomites, purple-brown quartzitic sandstones.  The latter were "highly variable in lithology, and provenances could not be given with any certainty.  Some -- eg vein quartz and Precambrian (?) quartzites -- might have been secondarily derived from ORS.  The andesites and welded tuffs might have come from North Wales or the Lake District.  The graphic microgranite might have come from Northern England -- for example, Carrock Fell.

The non-local material, thought Harrison, must have come from a glacial deposit, probably on the bed of the estuary.  This is reasonable, given that remnants of glacial deposits exist onshore in the area to the east of Flat Holm  (Gilbertson and Hawkins, 1977).  Also, the gravel spit that forms a spectacular low-tide feature at the eastern end of Steep Holm, although consisting mostly of local rocks, includes flints and greensand cherts.


Source for this information:  Ch 6 in:  Whittaker A and Green GW 1983., Geology of the country around Weston Super Mare. Mem. Geol. Surv GB Sheet 279 with parts of 263 and 295.  Thanks to Chris Lee for drawing this to our attention.