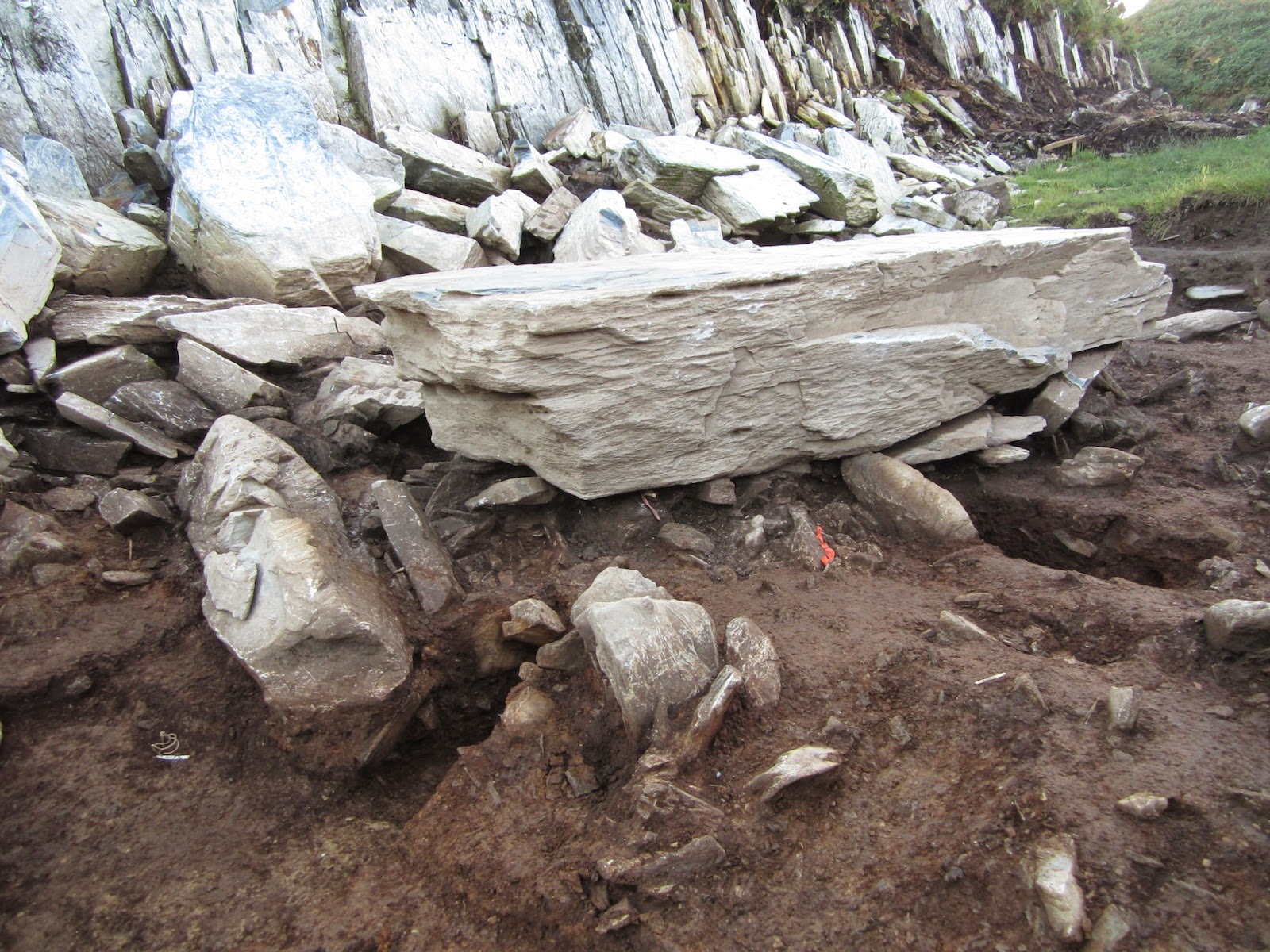 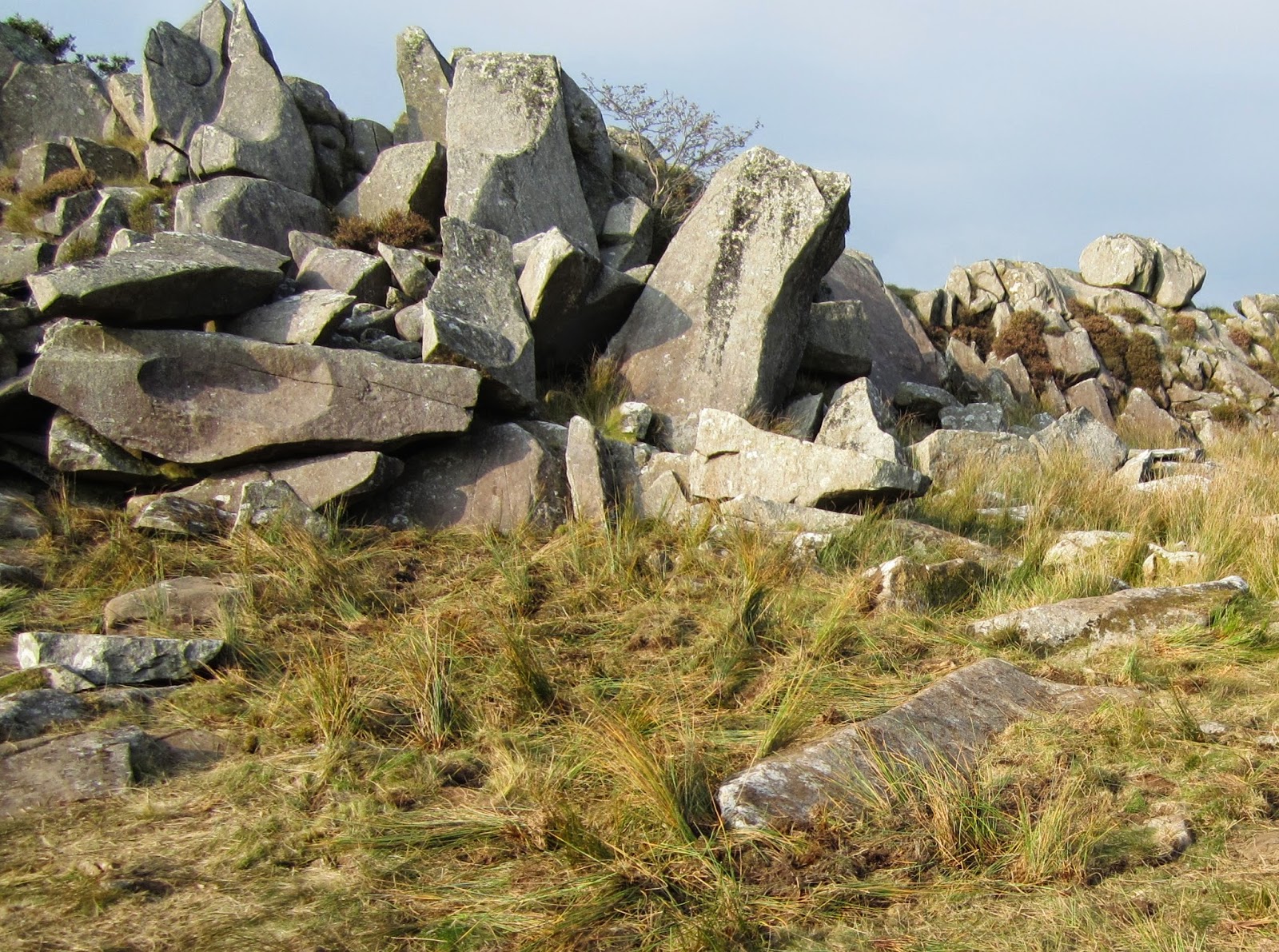 I'm rather intrigued by the tendency of certain archaeologists (well, especially those of the quarry-hunting clan) to label certain sites as quarries and to then to pretend to themselves and the world that two features in particular confirm the rightness of their suppositions:

Both of these are of course pieces of non-evidence.  There are cliffs and crags and rock faces galore, all over the UK -- and not just in the uplands.  Because there is a "convenient" rock face somewhere, it does not mean that anybody has ever had an urge to lever slabs of pillars of rock off it.  It would be even more foolish were an archaeologist to suggest that a cliff on the flank of a crag might be man-made rather than natural  -- unless there is very powerful evidence to demonstrate the truth of the proposition.

Even more absurd is of course the myth of the "abandoned orthostat".  The photos above show the most famous rocks in Pembrokeshire that have had that label attached to them.  The top "monolith" is at Carn Meini, the one in the middle photo is at Craig Rhosyfelin, and the bottom one (in among the rushes in the bottom right part of the photo) is the one recently excavated at Carn Goedog.  From an "ideal" perspective (when you can just see one fairly straight edge) it looks as if it might be an ideal Stonehenge monolith, but on closer examination it is seen to be a very strange stone indeed, with a wide flattened part at one end which would make it extremely unattractive as a standing stone at Carn Goedog, let alone anywhere else.  But why should stones like these be of any use at all in identifying the location of prehistoric quarries?  From quarries you take things away -- you don't leave them behind as convenient clues.

To explain the fact that the stones HAVE apparently been left behind, the archaeologists then have to indulge in yet more fantasy --  so the stones were abandoned because they were the wrong shape, too long or too short, too cracked or fragile; because the "monolith quota" had already been filled by the quarrymen; because instructions came from on high to drop tools and come home; or because of local political unrest or raiding activities by rival tribes.

Once you are convinced that an elongated stone somewhere near a rock face is an "abandoned orthostat" or a "proto-orthostat" (that sounds more scientific, doesn't it?) you can extend the fantasy even further, as they have done at Rhosyfelin, by talking about stone "railway tracks" designed for moving the stones, and "props" and "pillars" which were apparently inserted to take the weight of the stone while it was manoevred into some desired position from which it could be hauled away.  And while you are about it, every convenient groove or mark on the stone can be interpreted as man-made, and every roughly rounded stone can be interpreted as a hammer-stone........

Who needs evidence when you have a vivid imagination and a TV film to make?