From the MPP press release put out by the Dyfed Archaeology Trust:  This year fieldwork will look at two bluestone quarry sites, a possible dismantled stone circle, and potential Neolithic settlement.


Since they are being rather coy about where these sites are, let's speculate that the two "quarries" are at Pont Saeson and Carn Goedog (on the north side of Preseli and thus off the tribal territory claimed by Profs W and D).  The potential Neolithic settlement?  That could be almost anywhere, but it could also be the same site which was examined by the other profs near New Inn -- where the B4329 crosses the B4313, at Banc Du.  There, they have described a Neolithic causewayed enclosure, and concluded, by some feat of mental gymnastics, that it has something to do with Stonehenge.


Here is a link to the Banc Du description:

And what about the possible dismantled stone circle?  That has to be the one at Waun Mawn, where there are six or seven standing stones and some fallen ones, and a few which might, or might not, be fitted into a sort of circular arrangement with a bit of imagination.   Some images from Waun Mawn: 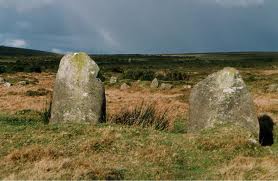 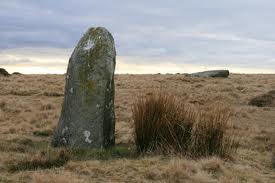 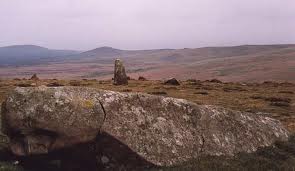 If MPP and his friends are planning to link these stones with either of the supposed "bluestone quarries" I fear that he is in for a disappointment, since they appear to me to be strictly local, matched up quite nicely with the litter of dolerite boulders that are scattered across the hillsides in the vicinity.  There are even some doubts about whether some of these "fallen stones" ever were upright, and whether some of the "standing stones" owe anything at all to human efforts.
Posted by BRIAN JOHN at 17:57