Pitts has a go at Stonehenge media hype 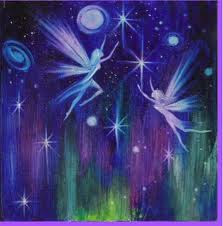 A strange tale of Senior Professors and innocent journalists, all out with the fairies......

On his blog site Mike Pitts has had a real go at the media hype surrounding the latest "spectacular" discovery from the Stonehenge environs, which turns out not to be new and probably not to be a timber monument at all -- as it happens, the "new" site is pretty well known as part of a group of catalogued barrows, and its age is probably very different from that claimed in the press release from Birmingham University.

This is what the hype manufacturing unit at Birmingham came up with:

“History is set to be rewritten after an archaeology team led by the University of Birmingham and the Ludwig Boltzmann Institute for Archaeological Prospection and Virtual Archaeology in Austria discovered a major ceremonial monument less than one kilometre away from the iconic Stonehenge. The incredible find has been hailed by Professor Vince Gaffney, from the University’s IBM Visual and Spatial Technology Centre, as one of the most significant yet for those researching the UK’s most important prehistoric structure.”

"History is set to be rewritten" ??!! "....a major ceremonial monument...." ??!! "The incredible find..." ??!! "...one of the most significant yet.." ??!! Come off it, you guys. That is all a load of old cobblers, and you know it. They are all at it -- Parker Pearson, Darvill, Wainwright, and now Gaffney. They are all trying to out-hype one another -- and the ladies and gentlemen of the media, who are as gullible as ever, just regurgitate the nonsense which is fed to them without a moment's thought, let alone critical analysis.

Oh dear oh dear. No wonder archaeology is turning into a laughing stock.
Posted by BRIAN JOHN at 15:43

Mike Pitts is a respected archaeologist himself, as well as being a journalist insofar as he is Editor of British Archaeology.

Yes, I'm aware of that. As a self-employed archaeologist (not dependent upon Smithsonian, Nat Geog Mag, BBC or ITV for a funding stream) he can afford to be more independent than some others. He can enjoy being a part of the archaeology establishment when it suits him, and and he can also be a free spirit involved in editing work, blogging and journalism. Best of luck to him. But the fact that he is a respected archaeologist does not mean that his views on certain matters are any less dotty than those of TD, GW and MPP. As mentioned on another post, I've been having a bit of a spat with him relating to evidence versus conviction. We will probably agree to disagree -- and in this business we are all capable of ranting and pontification at times!