Neolithic bluestone quarries -- why would anybody bother? 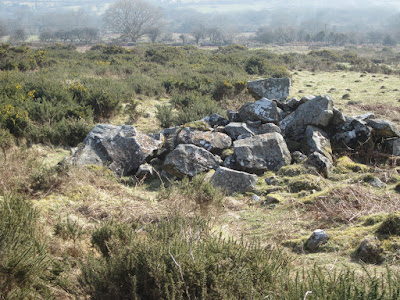 Yesterday I was wandering around in the Llanychaer - Dinas area, and I was struck (not for the first time) by the sheer abundance of large boulders of several rock types and of all shapes and sizes that are still littering the landscape. In some places this litter is present because beneath the turf there is a periglacial blockfield.  In other cases we are looking at the surface of a Devensian till spread, or even the remnants of morainic features.   Admittedly the area south of Dinas is a rather remote upland area that has been recently enclosed -- so not everything has been removed from the fields -- but even where enclosures date back to the 1700's or beyond, the boulder "litter" is still impressive.  The hedgerows and boundary walls are full of stones, and pillar-shaped stones are abundant.  Most of them are recumbent, but some have been erected as standing stones or used more recently as gateposts. 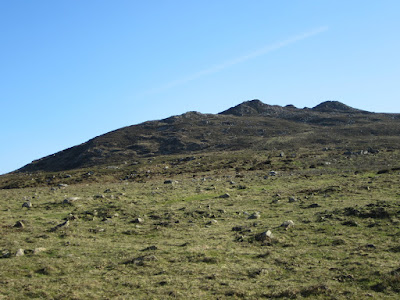 So why, in a landscape littered with thousands of potential monoliths or orthostats, would anybody (in the Neolithic or at any other time) want to go to difficult locations like Carn Meini, Carn Goedog or Rhosyfelin, and wedge and lever large stones out of a rock face just in order to take them away and use them somewhere else in stone settings?  You might argue that the stones from those places were somehow superior in shape, or size, or colour, or texture, to stones from other places -- but that does not stack up.  As I have repeatedly said on this blog, there is no record anywhere of stones from specific locations being preferentially used in Pembrokeshire or anywhere else, or even targetted as quarries because of their "pillar shape".  OK -- so maybe the "quarry sites" themselves were deemed sacred by the local Neolithic tribesmen?  That doesn't stack up either -- as many observers have noted (Burl, Figgis and Burrow included) the Neolithic "monument builders" everywhere in Wales simply used what was at hand for the building of their cromlechs and other monuments. 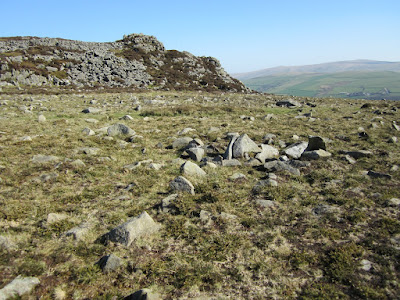 In other words, quarrying in difficult places would have been a complete waste of time and effort, and in any case there is no evidence at all that it actually happened.  When our Neolithic ancestors needed stones, they simply picked them up from wherever it was convenient, within a landscape littered with big elongated stones. Economy of effort.  End of story. 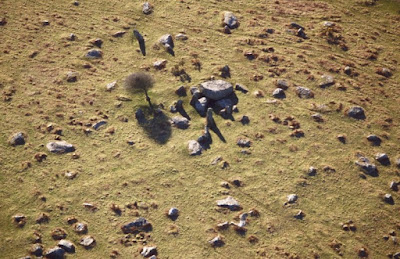 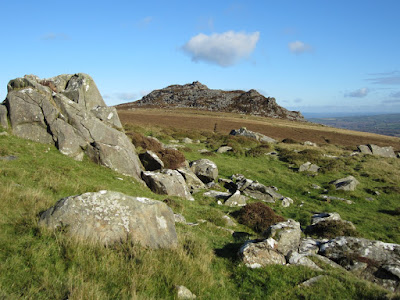 The photos (from top to bottom):  Brynberian Moor; hillside above Newport; Carningli Common to the west of the crags; around Garn Turne; near Carn Edward.
Posted by BRIAN JOHN at 16:01


You make a good point. North Pembrokeshire is awash with a surplus of rocks

The 'river of stone' at the foot of Carn Meini has intrigued me, I have presumed it is just an accumulation of stones and rocks that have fallen from the outcrops above and over the millennia have formed this feature. Having the burial cairn at its head adds to the intrigue.

I have considered this "stone river" before. There is no reason to think there has been any human involvement in its creation. In my view it is simply a stream course, in which water flowing in the bottom of the valley has washed away finer materials, leaving the larger boulders and stones behind -- and because they are so "prominent" they have attracted attention -- some of it rather fanciful.