Solifluction sediments and colluvium at Rhosyfelin 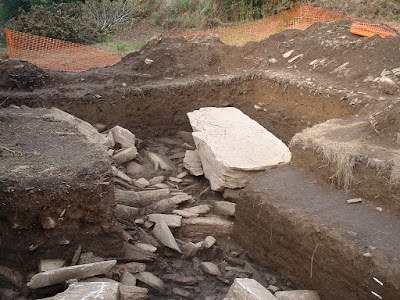 This photo from 2011 shows the stratified solifluction deposits in which the "proto-orthostat" was embedded when it was discovered.