Abermawr -- one of the top 50 Quaternary sites in the UK? 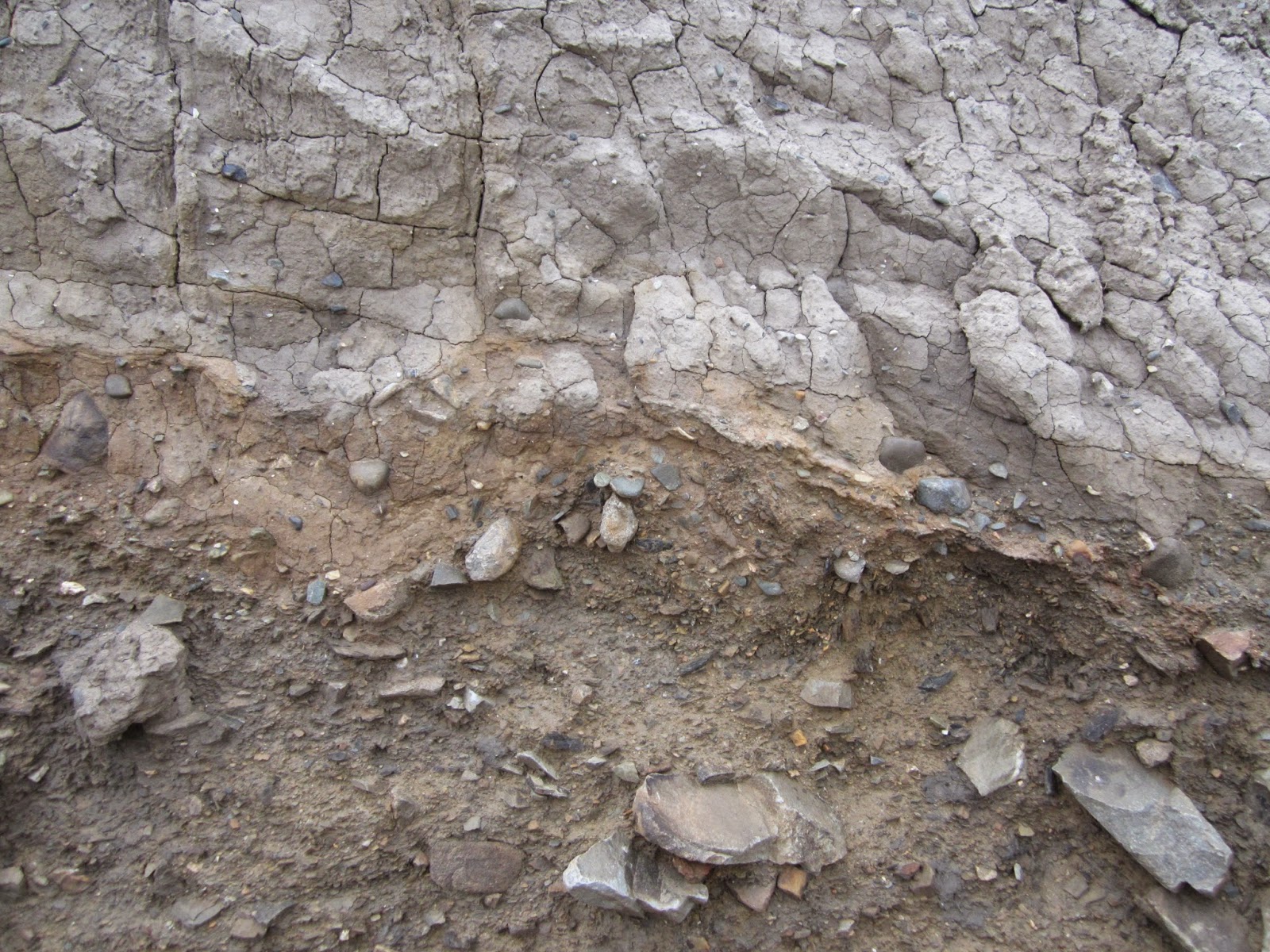 The deformed contact between underlying periglacial slope deposits of Early / Middle Devensian age, and the overlying Irish Sea till, laid down by Late Devensian ice moving onshore from the north-west

The QRA (Quaternary Research Association) is asking all its members for nominations for the "top 50" Quaternary sites in the UK.  I have nominated Abermawr -- it has to be up there with the best!


Here is my citation:
This is the most comprehensive exposure of Late Pleistocene deposits in West Wales.  There are exposures at both ends of the bay.  Storms have revealed an Ipswichian raised beach on a rock platform remnant, and above that there is a sequence of periglacial deposits made up of angular bedrock fragments, but incorporating far-travelled erratics.  Above that is a clay-rich Irish Sea till of Late Devensian age and containing striated clasts, fragments of carbonized wood and sea shells.  The main components of the till are sea-floor deposits, dredged up by glacier ice moving across the old coastline and later laid down by lodgement and shearing.  There are also flow-tills, and the glacial deposits are capped by fluvio-glacial materials, an upper head (referred to in the past as “rubble-drift”), sandy loam and modern soil.  The deposits represent a complete advance/retreat cycle close to a glacier margin. In the upper head there are fossil ice-wedges and involutions of Late Glacial age.  Beneath the storm beach there are peat beds and remnants of the “submerged forest”, and these organic-rich sediments can be examined in the marsh on the landward side of the storm ridge. There is a continuous stratigraphic record here, probably stretching back c 100,000 years.