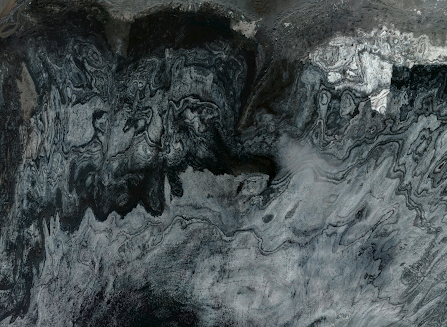 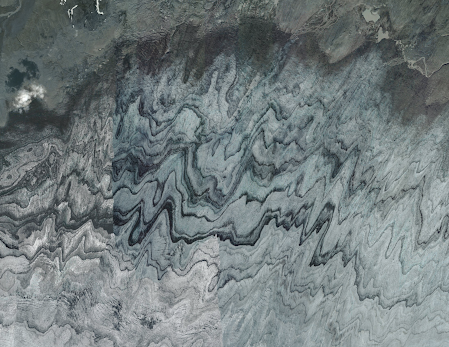 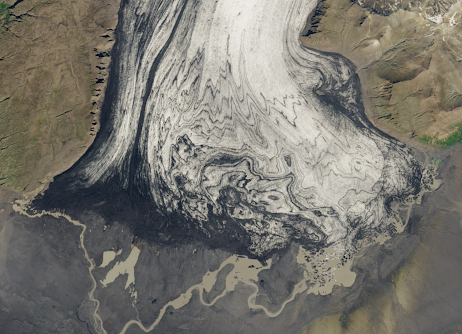 These three extraordinary images are from satellite imagery, showing parts of the northern edge (top two) and southern edge (lower pic) of the Vatnajōkull ice cap in Iceland.

The convoluted patterns are annual accumulation layers preserved in the ice and exposed as a result of surface ablation near the ice edge and further confused as a result of the internal deformation of ice as it moves from the ice centre out towards the edge.  What makes these patterns so clear is the presence of hundreds if not thousands of ash layers, each one relating to an eruption somewhere in the vicinity.  You can tell from the constitution and colour of the ash which eruption is responsible for each layer and when it occurred.  So it all works rather like the recognition and dating of tree rings.

Another reason for the complexity of these patterns is the complexity of glaciological processes in and under this ice cap -- because there is geothermal heating under the ice, causing intermittent excessive melting and the creation of water bodies on the glacier bed, which occasionally escape as "jōkulhlaups" or catastrophic floods.  So there are glacier surges too, on some of the outlet glaciers.