Good science and self-correction? Come off it....... 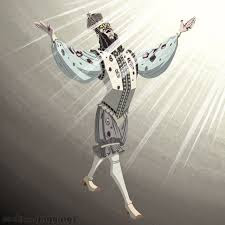 On the same day that I posted my piece about the bluestone confidence trick involving quarries and lost circles, along came an article on "Grid" -- an American web site which prides itself on looking at the science behind the news stories.
https://www.grid.news/story/global/2022/12/22/winter-solstice-is-coming-to-stonehenge-and-so-is-a-new-debate-over-the-ancient-monuments-mysterious-origins/

First of all, credit to Dan Vergano for covering this story and for reporting that the myth of the Lost Circle is now effectively dead and buried. He admits that there is a "new debate", apparently unaware that the debate has been going on for more than a decade. He also seems to think that the debate is being conducted within a small circle of "Stonehenge specialists" including MPP and the archaeologists in his team, geologists Rob Ixer and Richard Bevins, and Mike Pitts and Tim Darvill. It's actually being conducted across a much wider field, with key contributions coming from other geologists and glacial geomorphologists who specialise in the processes that affected the landscape of Britain during the Ice Age. That's one of the more unfortunate aspects of this new article -- a failure to recognise that geomorphologists and other scientists have skillsets which are of value in this debate and in many others.

So Dan does not question the quarrying hypothesis, and seems blissfully unaware that it was challenged in the peer-reviewed literature as long ago as 2015 and has been looking increasingly shaky every year since then.

On the matter of the Lost Circle hypothesis, Dan seems to think that the first doubts that were raised about it came from "a spate of new geochemical findings". Nothing could be further from the truth. The first doubts about it were raised by those of us who realised that the digs at Waun Mawn were throwing up such feeble evidence of a stone circle that there was really nothing to support the elaborate narrative being developed by Parker Pearson and his team.  We were pretty unimpressed by some of the claims being made by the geologists too.

Quote: "In true scholarly fashion, some of the researchers behind the Waun Mawn “Lost Circle” claim, including Parker Pearson, have now themselves found the chain of evidence that seems to put their own theory to rest."    In true scholarly fashion?  I wonder of the journalist who wrote this article has actually read any of the papers written by this particular research team?  If he had, I think he might agree that there never has been much scholarship involved in their project, which is based for the most part on very dodgy science and some dubious academic practices -- including a refusal to cite inconvenient evidence and a refusal to quote papers which dispute their field interpretations and their conclusions.
So the idea this this dispute is all very splendid, involving  skilled academics developing an hypothesis and then nobly self-correcting it, is really quite absurd.  If you look at the literature at the heart of the dispute about bluestone monolith quarrying and the "Lost Circle" you can come to only one conclusion -- that there was bad science and serious interpretative inflation from the very beginning, driven by hubris.  The whole miserable affair has done serious damage to archaeology in the UK, and to geology as well.
Posted by BRIAN JOHN at 11:20

Hi Brian
I looked at this site and tapped on some of the links. There is only one conclusion that any sensible person can come to - the hypothesis of Stonehenge is buried deep beneath tons and tons of commercial Bullshit.
Tom Flowers

Yes, looking at the links on an article like this is quite instructive. The trouble with journalists is that they hop about from one subject to another, depend on establishment sources, and never really question the things that are fed to them via press releases etc. So I suppose we might consider it a minor miracle that this journalist has actually mentioned the fact that there is a dispute going on.....