From another ancient manuscript..... 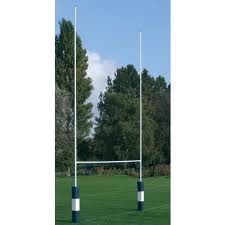 A typical Welsh henge, associated with an ancient sport of ritual execution, invented in Wales
and now played all over the world
Thinking about my latest theory regarding the building of Stonehenge, and the link with Pont Saeson,  it's worth referring our learned readers to the following ancient text, which I have every reason to believe is authentic.  I first posted it in December last year:

Stonehenge was built as a place of execution of invaders by my great great great great grandfather ffred fflyntstwn who found fame and fortune when he paddled his stone coracle across the sea to discover america and potatoes, the latter he imported into his home country selling them at one and six for 20, or 2 shillings if filter tipped. The profits from this enterprise paid for the building of Stonehenge.
The first executions were of Picts and Scots who came down from the north and despoiled the countryside by carving white horses into the chalk hillsides to advertise their native drink; a most serious offence against the hill-fort and ridge & furrow planning regulations.
The invaders were executed in batches of 15 on each Saturday afternoon while the watching britons sang their traditional execution songs.
This practice has continued down to the present day. On the outskirts of Cardiff two wood henges are erected at opposite ends of a green sward and between them, as a Saturday afternoon’s entertainment,
15 foreign invaders are executed, their screams of agony being drowned by the singing of “Calon lan yn llawn daioni ……“sung in a minor key.
The very first execution was of one known to the Britons as Toni ap Robyn whose severed head garlanded with mistletoe was displayed on a pole at the centre of the circle, unfortunately the head refused to hold its tongue and kept heckling the chief druid during the summer solstice executions. This situation could not be tolerated so the head was buried at a secret location , during the internment a dreadful curse placed upon his descendants in perpetuity. The curse compels them to roam the land, digging wherever they go in a vain attempt to recover the head and give it a decent burial. To this day one might encounter Toni ap Robyn’s descendant flanked by his two ceremonial spade bearers, Mick of the flowing hair and Phil of the feathered hat, marching through the land, pausing to dig for the cabbalistic number of three days, then moving on under the guidance of their high priestess the lady Carenza
Love
Boadi
Posted by BRIAN JOHN at 12:01

"Gurn........, you're 'avin us on",
Phil of the Feathered Hat was heard to mutter, for Phil had been presented with an Honorary Doctorate, and "was havin' nun of thaat".

Meanwhile, Mick of the Flowing Hair
Continued to metamorphose quietly into Noddy Holder, formerly of Slade (check the accent).

Well, Boadi's post was put up back in 2008, and she (I assume she is a she) seems to be a very erudite lady -- so out of deference I think we have to believe her.