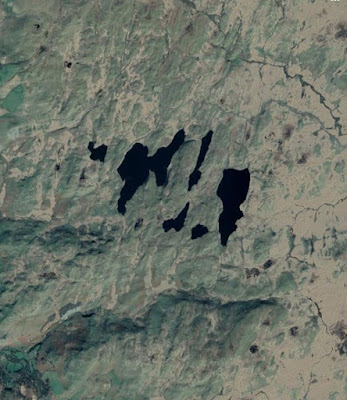 While checking out some iceflow directions I came across a splendid collection of photos taken in the Teifi Pools area, right at the head of the Teifi Valley in Mid-Wales.  Pontrhydfendigaid is the nearest village.  Many of the best photos are from the Coflein collection -- including oblique air photos taken by Toby Driver. 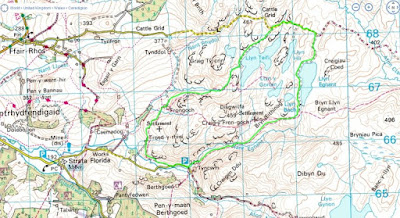 This location lies -- every now and then -- right at the heart of the Welsh Ice Cap, and the ice cal has waxed and waned here on many occasions during the Quaternary Ice Age.  The altitude here is only about 450m, but there is an extensive plateau which is perfect for the buildup of snow and ice.  There are many signs of areal (not aerial!) scouring by overriding ice that was not concentrated into channels.  But the "grain" of the country as seen above on the satellite image (aligned NNE - SSW) has more to do with the bedrock outcrops of Silurian shales and sandstones than it has to do with ice directions.  It is thought that the last direction of ice flow here was broadly NE - SW as ice streamed down towards the Teifi Valley where it was concentrated into a vast outlet glacier.

By the look of it, there are very few depositional features here -- either made of till or fluvioglacial materials.  (I need to get over there to check this assumption.)  That would not be surprising; these things tend to become more and more frequent out towards the ice cap edges.

If I was to be shown some of these photos without any locational information, I might think that they were from Hardangervidda in Norway or the Glama Plateau in NW Iceland.  Those two were areas of ice accumulation and outflow on many occasions during the Ice Age.  Right at the core of accumulation areas like these there may not be many signs of streamlining, since the ice is largely static or stagnant, or maybe frozen to its bed beneath the highest point on an ice dome.  As one moves out from the central dome, ice velocities increase, as do the frequency of the resultant streamlining features.  It's all in the text called "Glaciers and Landscape" by David Sugden and myself.

It's now thought that the Late Devensian Welsh Ice cap reached its maximum extent around 24,000 years ago, and that this area remained ice-covered until around 16,000 years ago.  The ice edge retreated northwards towards the higher summits of Plynlymon, Cader Idris and the highlands of North Wales.

Here are some more fabulous images of this area.  It is immediately apparent how different this landscape is from the mountainous area to the north, which is packed with glacial troughs, cirques (cwms), roches moutonnees,  and many other classic glacial landforms. 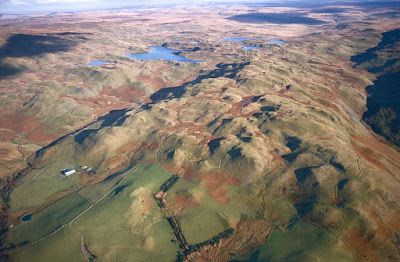 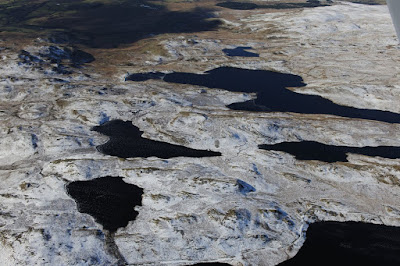 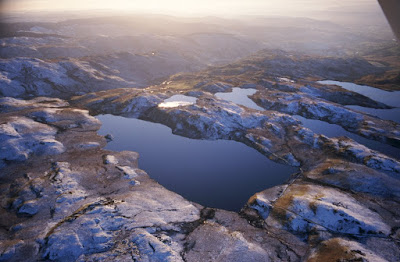 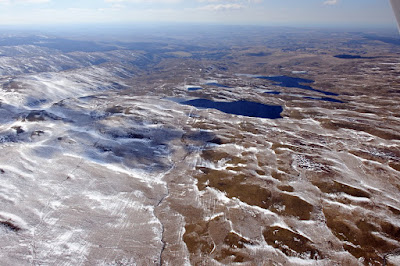 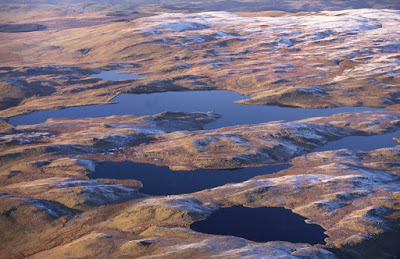 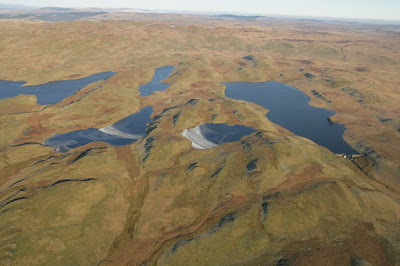 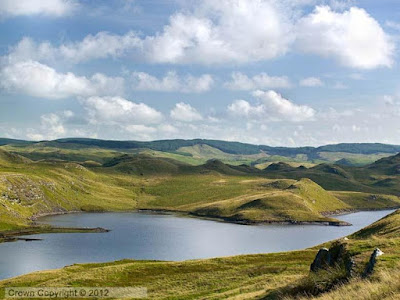 And for comparison, here are two satellite images from Google showing part of the Glama Plateau in NW Iceland.  There used to be an ice cap here too, not so long ago........ 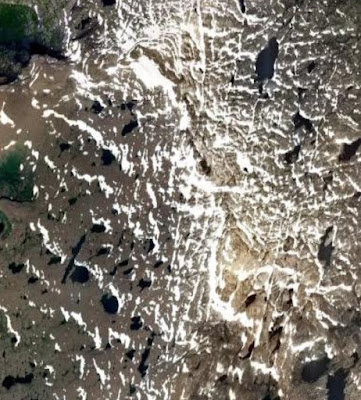 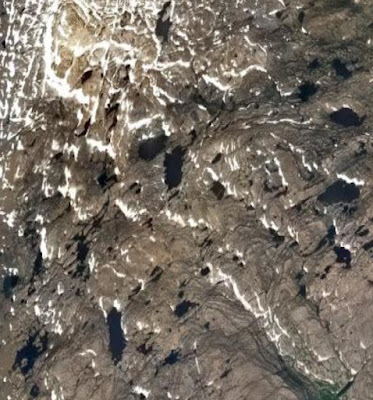 I have never been to this area, which has an almost mystic status to us living downstream. I must go there some time.

Agree, Dave. I had always assumed that the Teifi Pools area was an area of extensive peat bogs and rather boring scenery. Anything but! Classic scenery for the heart of an ice cap. Relatively low relief, abundant rock outcrops, small relatively shallow lakes, many traces of streamlining, and few surface sediments. And yes, very remote. But there is a track / roadway suitable for vehicles, and paths around some of the lakes. They are used for water supply, and there are small dams.