The Joy of Stratigraphy 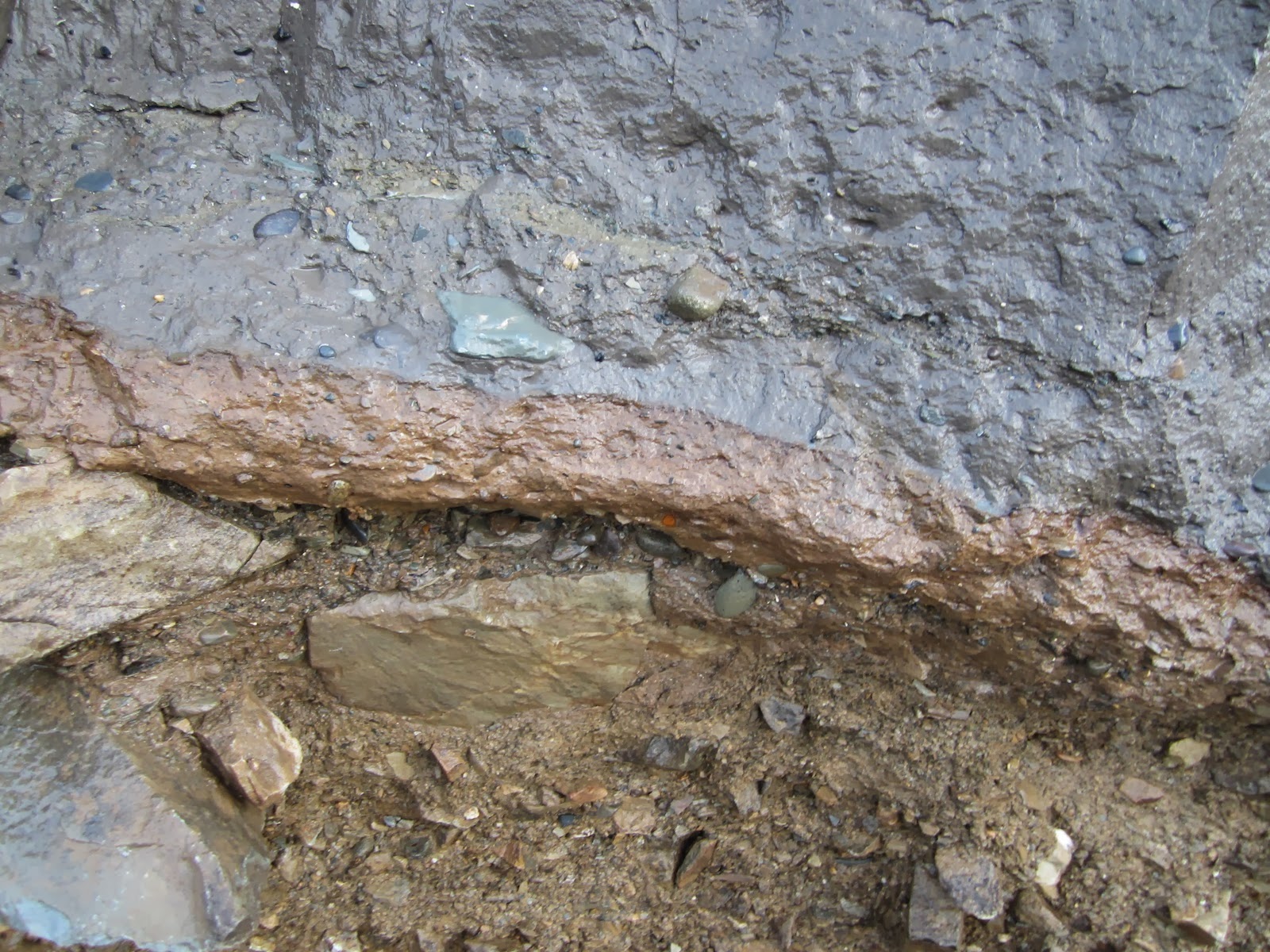 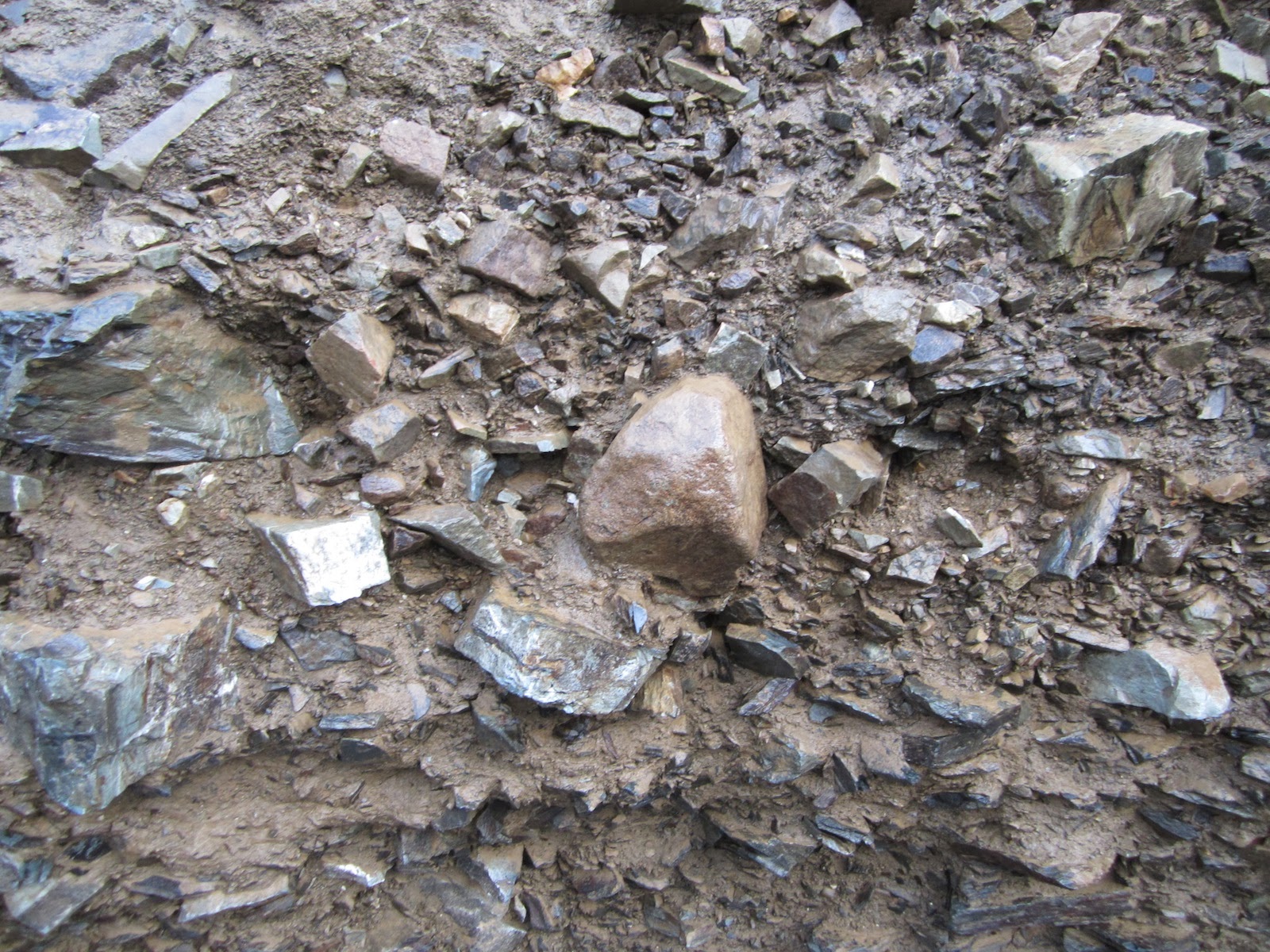 When I was studying geology, the bit that I really enjoyed was stratigraphy, since it was all perfectly logical and chimed in well with those old fellows Hutton, Darwin etc etc.  The storms at Abermawr have freshened up the stratigraphic succession in the cliff face, and I was able to get some classic photos yesterday.........

ABERMAWR NORTH.
The top photo shows -- in order of deposition: at the base, rough broken "rubble drift" interpreted as an accumulation of early and Middle Devensian frost-shattered debris in slope deposits, derived from the old cliff line which is still hidden.  There are some big angular blocks in it from cliff falls etc.  Above that is the Irish Sea till, a very fine-grained  lodgement till accumulated as the Irish Sea Glacier flowed across the area in the late Devensian -- around 20,000 years ago.  The base of the Irish Sea till is coloured red because oxidation processes have been at work -- from water percolating UPWARDS from the permeable deposits beneath.  There is another stained layer on top of the till, but that is mixed up with ice wastage products (flow-tills) and meltwater deposits.

The photo below shows the Lower Devensian slope deposit of angular bedrock rubble, incorporating (in the centre of the photo) a beautiful reddish-coloured erratic which must have been derived from old (Anglian) glacial deposits in the vicinity.  We see similar erratics incorporated in Early Devensian periglacial accumulations at Whitesands and elsewhere.
Posted by BRIAN JOHN at 14:06