Gentle reminder: geologists are human too 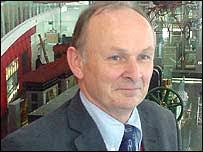 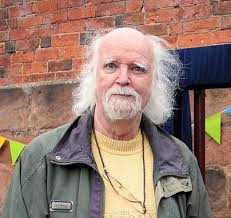 Richard Bevins and Rob Ixer -- busy fellows who are (like the rest of us) sometimes right and sometimes wrong......

One of the things that intrigues me most about the debate (right word?) on the transport of the Stonehenge bluestones is the frequency with which archaeologists say "The geologists tell us that the bulk of the bluestones came from quarrying sites at Craig Rhosyfelin and Carn Goedog. They are the experts, and we have to believe them."  I try to keep an eye on assorted Facebook pages and blogs, and over and again we see variations on that theme......

Very handy when you can claim that a rather wacky idea is not yours, but that it emanated from people who are far more expert than you are.

Le's get down to business here.  The "experts" referred to are Richard Bevins and Rob Ixer, both well qualified in their fields and VERY productive when it comes to papers in learned journals and popular magazines.  I do not for a moment doubt their sincerity.  But from the beginning of the "bluestone quarrying" debate they have been far too close to the MPP archaeology team, to the point of being embedded within it.  Most of their relevant publications on the Pembrokeshire bluestones (dolerites and rhyolites and other rock types as well) have appeared in archaeological magazines, not geological ones.  As I have said before, that deliberate choice has clear implications for the extent and quality of the peer review process.  A peer-reviewing archaeologist is not going to pick up on the same issues as a professional geologist.  Scrutiny is diminished, and quality is compromised.

Secondly, they are both very busy men with limited time to devote to Pembrokeshire or Stonehenge fieldwork.  As far as I can make out, neither of them has devoted much time to quarry-related fieldwork in the Preseli area within the past decade.  They have concentrated on laboratory studies for the most part on existing collections of rock samples and thin sections.  Their conclusions are NOT based on extensive or intensive studies of features in the field, either at Carn Goedog or at Rhosyfelin.

Thirdly, we all want to be loved -- and the geologists have no doubt enjoyed a certain notoriety associated with the "discovery" of the so-called quarrying sites.  They have promoted themselves and their ideas very effectively, partly by writing -- and making very dubious claims -- in glossy and popular archaeology magazines which are not subject toi peer review.  I have taken them to task many times for their unsubstantiated assertions, as readers of this blog will know.

As to the reliability of their claims to have "spot provenanced" both foliated rhyolites and spotted dolerites to within a few square metres, we have to be careful to separate out what Bevins and Ixer have actually said from what the archaeologists say that they have said. 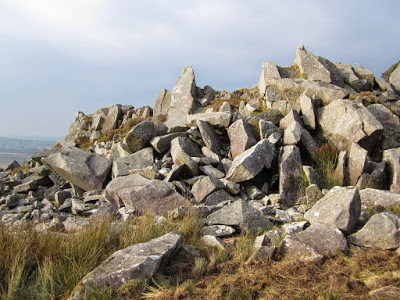 On Carn Goedog, the two geologists are actually quite circumspect, and do not claim to have fixed exact provenances for spotted dolerite monoliths that ended up at Stonehenge.  They rather foolishly claim that the Carn Goedog tor is probably a provenance for some spotted dolerite orthostats and fragments,  but the tor is very large indeed,  covering a surface area of about 60,000 sq m.  The sill of which it is a part (sharing physical and geochemical characteristics) extends eastwards towards Carn Alw for about 2 km, and there is a section of it to the west as well, on the other side of a fault line.  No perfect matches have been found between samples from Stonehenge and samples from Carn Goedog, and the geologists do not have a sufficient density of field samples to say anything meaningful about the precise provenance of any of the Stonehenge spotted dolerite orthostats.  This point has been made over and again by other professional geologists with whom I am in contact.  The geologists Ixer and Bevins have NOT identified a quarry; at best, they have made an intelligent guess as to the general area from which some spotted dolerite samples might have come.  But they have allowed their names to be attached to the article by MPP and others which purports to describe the Carn Goedog "quarry", and to that degree they are culpable.

For further consideration of the Carn Goedog situation, see this paper published online: 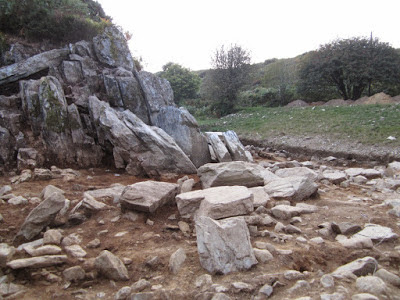 Rhosyfelin -- Ixer and Bevins claim to have "spot provenanced" some Stonehenge debitage to the tip of the spur in the centre of the photo.  Other geologists beg to differ.....

On Craig Rhosyfelin, culpability is compounded.  On several occasions Ixer and Bevins have gone onto the record with the claim that they have "spot provenanced" some of the Stonehenge bluestone debitage to "within a few square metres."  (See pages 131 - 143 of my book for a summary)  We have gone over the evidence and the arguments over and again on this blog, so I will not repeat things here.  Suffice to say that in all of the analyses of the "Jovian fabric" and the foliated rhyolites at Rhosyfelin, no perfect matches have been found, and (whatever else Prof MPP might tell you) the geologists have NOT identified a precise location from which a monolith has been taken.  I have spoken to many geologists about this, and they all say the same thing:  namely that the density of  the Bevins / Ixer sampling points is completely inadequate to draw any conclusions about spot provenancing, and that they do not have the faintest idea where else their "sampled foliated layer" outcrops across the local landscape.  I have repeated this point over and again, but certain archaeologists simply refuse to listen....... 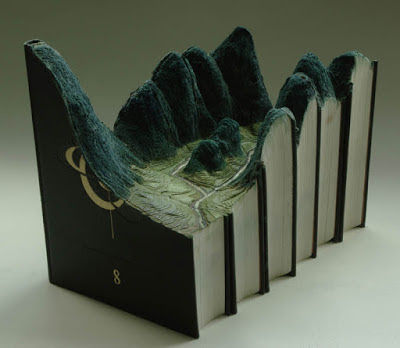 A booky landscape.  At how many locations does page 193 of volume
two actually outcrop?

These issues are also dealt with in the two peer-reviewed papers by Dyfed Elis-Gruffydd, John Downes and myself, published in 2015, which have been systematically ignored by the MPP digging team and by the geologists Ixer and Bevins.

So to anybody who says: "I am happy to accept the findings of Ixer and Bevins about the two bluestone quarries.  They are after all the experts..." I ask this.  Have you read the key papers?  Have you scrutinized their evidence and their conclusions?  Have you consulted with other independent and impartial geologists on the content of the key papers?  I suspect that in the great majority of cases the answers to those questions is "No  -- geology is too complicated for me to follow what is going on...."

Very handy indeed, if it is your purpose in life to perpetrate a myth.

So, all you quarrying enthusiasts who may read this post, just bear in mind that Drs Ixer and Bevins love notoriety just as many others do, that their own expertise is in a rather narrow field, and that they are no less fallible than the rest of us!

We ought to be communicating with folk like British Archaeology magazine's Mike Pitt by whatever useful means we have at our disposal e.g. Twitter; and even the time - honoured tried and trusted method of WRITING MIKE PITTS LETTERS.

He likes to come across as, and surely is, a thoughtful, reflective, obviously intelligent bloke. If we can contact him one - to - one we may have some success.

He has addresses via "The Editor, British Archaeology" (check online at its website) Also, I reckon using just "Mike Pitts, Archaeologist - in - Residence, MARLBOROUGH" with part of the Marlborough Postal Code, should be successful.

And those of us who live in and around Wiltshire should write to: David Dawson, Director, at the Wiltshire Museum, 41 Long Street, Devizes, SN10 1NS. Also the Museum Curator/Director at Salisbury Museum, Cathedral Green.

Twitter may be a very good tack to take. As Brian and I have recently found out, Facebook is another fruitful approach.